Climate change and Aviation. Effects may be seen in Global Flight

There are impacts in routes, flight times, comfort (flights are getting bumpier) and fuel consumption. We may see those effects in Global Flight, I guess/hope.

Check out the link for the complete article. 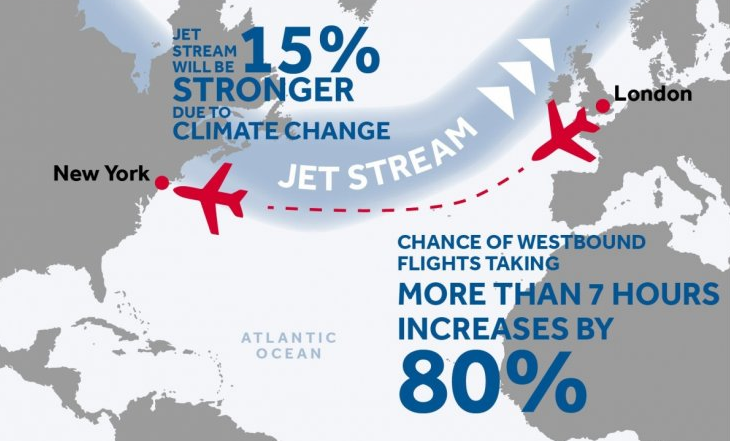 Flights are getting bumpier. Here's why scientists are blaming climate change

Scientists think that global warming is affecting the earth’s atmosphere and, in turn, making flights bumpier.

Interesting article. I’ve been on countless transatlantic flights (primarily KEWR-ENGM and back) and never experienced much turbulence at all; must have been lucky.

Many of the flights I’ve been on American domestic have been fairly bumpy though. I remember one time I was on a United 767-300 from KEWR to KIAH and they had the seatbelt sign on for the entire flight. In addition, they told the flight attendants to stay seated for the first hour of the flight due to heavy turbulence.

Have you ever flew between North and South hemispheres? the ITCZ causes some heavy turbulences

Interesting, some of my flights from Panama to USA have been very turbulent, more when I’m returning to Panama, the only flight where I didn’t experienced turbulences was from Orlando to St. Louis. This will make Global Flight very realistic.

Nope, never been to the southern hemisphere actually.

This would be great, would like to see this.

That will be interesting, i think

Interesting article! A thing which i actually find funny (might be a coincidence) but when I fly transatlantics (usually EKCH-KEWR) I never have much turbulence. I had some bad turbulence when I flew KCLT-KALT. My worst flight - turbulence wise, was actually when flying Bangkok-Beijing, not sure if that have anything to do with the amount of CO2 and smog in the air in Asia. It might just be a coincidence.

Wait for Yellowstone to erupt and aviation will be taken down either way.

Also, I wouldn’t order it Climate Change & Aviation, but Aviation & Climate Change provided that aviation is a huge sinner as far as climate change is concerned and also one of the major causes we’re in a tricky situation right now.