Because Infinite Flight’s Devs has released an initial teaser of the sighting of the Airbus 330neo series, there is nothing wrong if I make this voting thread for one of the liveries of Infinite Flight players from Indonesia want’s Citilink. 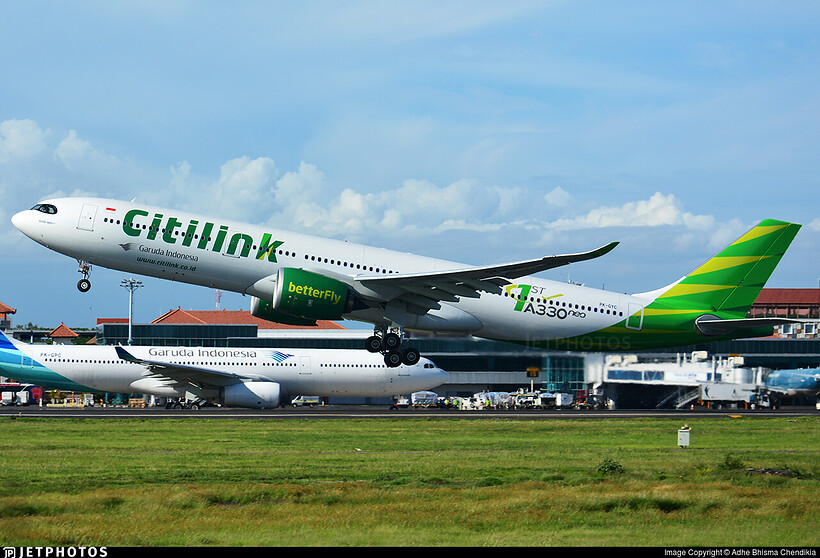 This photo was taken at WADD/DPS I Gusti Ngurah Rai Int’l Airport by Adhe Bhisma Chendikia.

If you want to see the beauty of this A330-900, you can see it through the video made by Airbus below:

Through this thread, I certainly want to support livery which is still in the same group as Citilink, there are;

Cant wait to see this Green on IF 🥰🥰🥰

No votes but definitely supporting this

Yeah! Hopefully also appears together with the one on the A320 :D

Hopefully we can get this livery ASAPP

Thanks, Fariz! And we still looking forward to A320 Citilink can coming soon too :D

Totally agree! A320 and A330 Neo for this livery would be the best gift for Indonesian Independence day this year tbh :D

Amazing livery, have my vote!

Voted! I flown with PK-GYC before it really was amazing we really need this livery 😍

Voted!
Would be nice to see this one in the future update.

yall save your votes, theres 15 ish carriers with a330 neos, waaaay below most other planes so all liveries will probably be added. theres literally only 63 planes made so far.

Got my vote! Should be the first livery in game!

Thanks a lot mate! 🍻

Unique Green Livery! Got my Vote!

Considering that there isn’t any Citilink aircraft in IF. This one gets me vote!