The CHP (California highway patrol) A10 is used for high speed dangerous suspect obliteration. The A10 can obliterate any threat that the CHP might have. I think this would be a awsome livery to see in the game and a special one aswell! 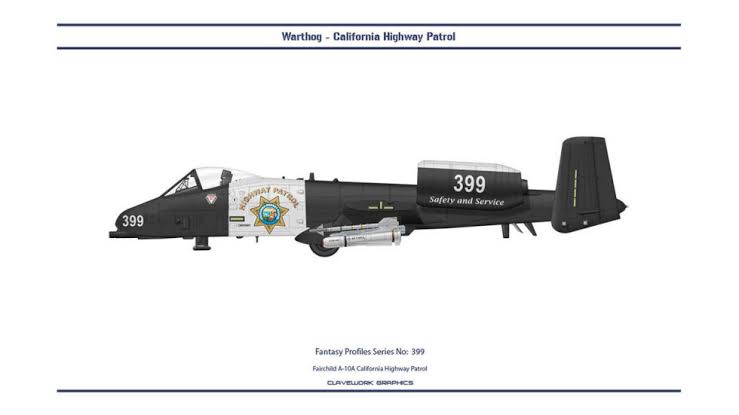 That’s a nice livery! Remeber to vote for your own request!

Unfortunately that’s a Fantasy Livery from someone on DeviantArt, so I don’t think it’ll come. But a police A-10 would be… I don’t know what to say! 😂