IN BRIEF | 2018 could see China Southern exit the SkyTeam airline alliance and take a seat at the Oneworld table as the Chinese airline looks to reposition itself on the global stage. The Guangzhou-based airline is one of China's 'big three'... 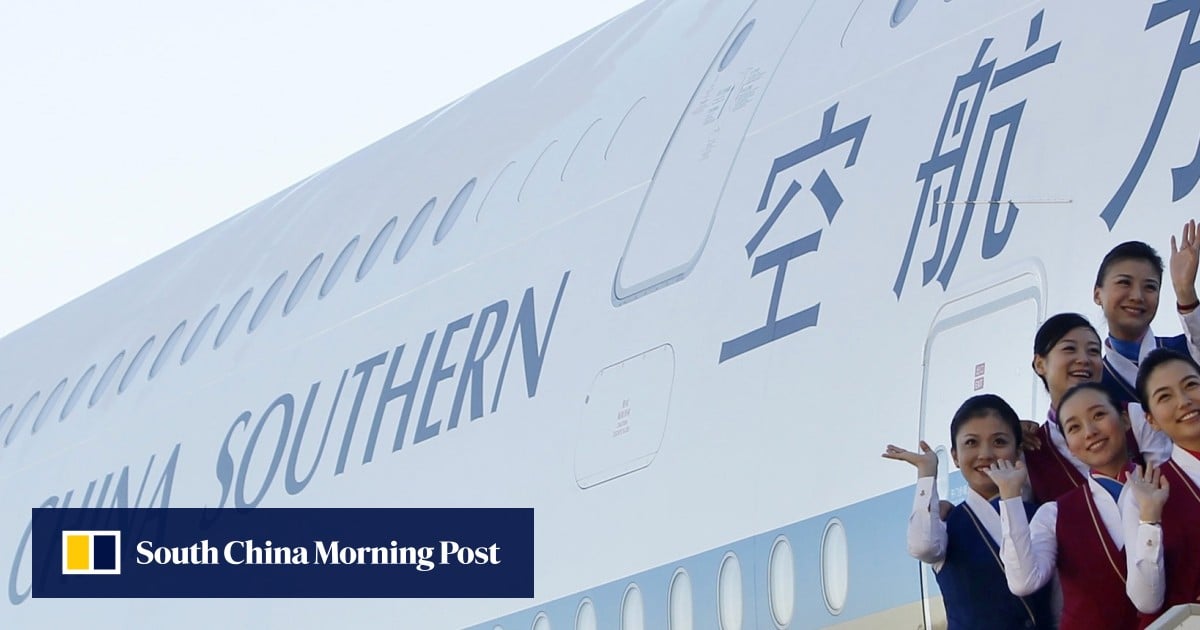 China Southern Airlines says there is potential for further collaboration with American Airlines, and that it is open to bring private investors into the carrier.

China Southern has made a pretty shocking announcement as they are considering to leave SkyTeam alliance and move to oneworld. This would create a chaos, especially to Cathay Pacific. As both airlines market will be overlapping at each other, and the distance between the two airlines’ hub are pretty close to each other. Rumours said that Cathay is also considering to make a move to left oneworld in favor of Star Alliance if China Southern’s exit become a reality. Here’s a short summary of the story according to Australian Business Traveller

2018 could see China Southern exit the SkyTeam airline alliance and take a seat at the Oneworld table as the Chinese airline looks to reposition itself on the global stage.

The Guangzhou-based airline is one of China’s ‘big three’ three state-run carriers, alongside fellow SkyTeam member China Eastern (based in Shanghai) and flag carrier Air China, which belongs to Star Alliance.

The South China Morning Post reports China Southern president Tan Wangeng as recently saying the future of its alliance membership was “a sensitive topic”, with the airline said to be weighing up the merits and opportunities of Oneworld and Star Alliance.

Oneworld – which counts Qantas and Cathay Pacific among its roster – has no member airline in mainland China. However, Oneworld CEO Rob Gurney denied that membership discussions with China Southern had taken place.

For information, this is not the first time a SkyTeam member threatening to leave the alliance in favor of other alliances. In 2013, Aeroflot had an intention of leaving SkyTeam in favor of Star Alliance due to unfavorable agreements with Delta. So I think there might be some unagreement between the members on SkyTeam

What’s your reaction to this? Tell us more about it below! 😊

Very interesting, so now I could earn freq. flyer points from Qantas on China Southern. And be in partnership with QF.

This is exciting. It would be great to see Oneworld expand their reach and compete with Star Alliance.

Star alliance will not allow this revolution ✋

“We will build a wall”

Wow I didn’t know that but that is really interesting.

No one saw this coming and I don’t really know what their business strategy for doing this is.

However its good to see the main Chinese carriers being spread across the alliances business. As China Easter SkyTeam and Air China with Star Alliance, its good to see China Southern be with OneWorld which will mean more codeshare agreements and more flexibility with airlines.

Lol chill with that. Why does every thing has to be about building walls even if it doesn’t have to do anything with politics?!

If they end up joining one world, it will be some interesting competition in China

Maybe not that much competition with Cathay, they fly to different cities most of the time

I think the markets are pretty overlapping still. Many of Cathay Pacific Frequent flyers decided to move to Chinese carriers citing lower price and faster to get to their destinations (not Backtracking through Hong Kong).

China Southern is one of the biggest carriers in the mainland and I’m sure it will have a significant impact for Cathay as passengers travelling with CZ can enjoy the same advantages with Cathay’s at lower price tag + shorter flight time compared to Cathay imo. 😊

Hmm most flight to main part of China would need a transfer on Cathay. So i see

I don’t think Cathay Pacific would like such a thing to happen because since Guangzhou and Hong Kong are very close, the two carriers may end up competing for transit traffic.
Also, majority of CZ’s intercontinental flights are to other SkyTeam hubs e.g
Schipol(AMS), for KLM
Paris(CDG), for Air France

Nairobi(NBO), for Kenya Airways and also their only destination in Africa.

Those three destinations above would become dry if they join Oneworld alliance since there would not be any connecting pax.
CZ would lose a lot especially in Africa and Europe.

I think it will be fun to see how this drama goes. As if CZ goes to oneworld, then it will be likely if Cathay moves to Star Alliance. And I guess it wouldn’t be a good idea to place Singapore Airlines and Cathay in one alliance. Just my guessings

Interesting topic. Personally I hope it doesn’t happen as I’m contemplating booking a flight from my nearest airport which is operated by China Southern, but if they leave Star Alliance that won’t happen 😿😿

Star alliance is like here
Sky team is here

Aw look at him down there so cute vvv

Oneworld is trash because of the insane fuel charges on award flights, also BA has gone downhill.

Cathay Pacific actually doesn’t fly to mainland China. They only to Beijing and Shanghai.

Most flights from Hong Kong to mainland China is flown by Cathay’s subsidiary: Cathay Dragon and Hong Kong Airlines.