Captain writes thank you note to passengers on his final flght. 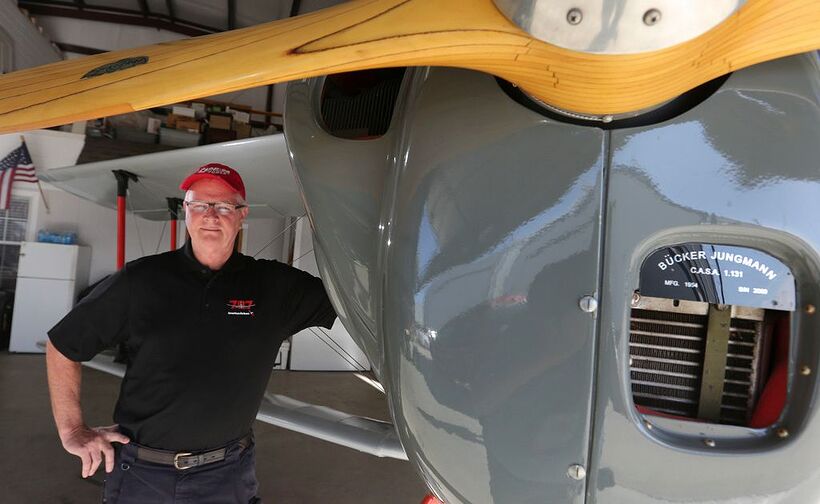 A pilot ended his 33-year career with American Airlines when he touched down at Dallas-Fort Worth International Airport today.After 10,000 flights...

A pilot ended his 33-year career with American Airlines when he touched down at Dallas-Fort Worth International Airport today.

After 10,000 flights and 30 million gallons of jet fuel, Capt. Jeff Rowland thanked his last round of passengers in a typed note.

In the note, which Los Angeles Times reporter Sam Farmer shared on Twitter, Rowland reflected on a long career in the pilot’s seat. He said he’d certainly miss flying the $200 million Boeing 787 plane, but he’d miss his passengers most.

“Transporting you to destinations all over the world, while you graciously endured my lame PA’s, critiqued every single landing and thanked me for safe flying, provided purpose for this lifelong endeavor,” he wrote.

He poked fun at common airline complaints, but Rowland said he can think of only one mistake American Airlines made during his decades with the company.

“They paid me, and I would have done this for nothing!” he wrote.

By transporting more than 2 million passengers, Rowland was bound to see some celebrities along the way. Kiss guitarist Tommy Thayer tweeted about meeting the pilot on a flight to Dallas in 2016.

Farmer said the flight from LAX was greeted in Dallas with celebratory water arches on the tarmac, and the inside of the plane was decorated with streamers and balloons.

I know RWA is not really a place to put general links but 33 years is amazing.

Wow that is truly special!

I see he has logged over 28,000 hours! My AA captain a couple months ago had 20,000 hours logged. My question is, how did he remember approximately how much fuel he carried over his career?? His memory must be superb.

His memory must be superb.

That’s so sweet that the pilot would do that.

This is quite a warming story! He really does put his passengers before himself, something I wish every single human being will succumb to.

They paid me, and I would have done this for nothing!”

This is really touching. What a career this captain must have had! I wish him the best in his retirement