A Cathay Pacific A350 flight from Perth to Hong Kong on February 21 has reported a serious problem. Also, Hong Kong’s Air accident investigation is involved in serious probing incident. The incident happened over the China sea.
summary of incident
so what happened?

here is the article: 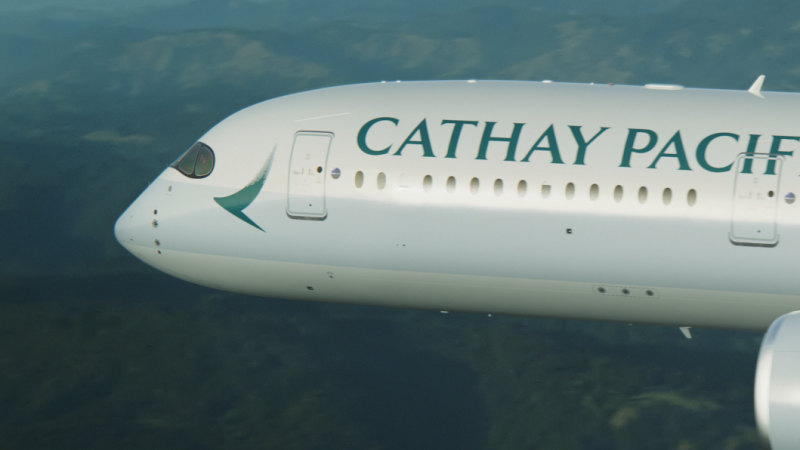 Passengers asked for help as captain incapacitated on flight from Australia

At an altitude of 38,000 feet, and with an hour and 15 minutes to go before arrival at Hong Kong, the captain announced he was not well.

extra information: a similar incident happened like this on a Cathay Pacific B777

I’m surprised they had O2 on the plane…

As far as I’m aware, all aircraft have bottled O2 on them for occasions like this.

Such a close call, glad to see the pilot recovered!

Since this has never happened to so, therefore it is difficult to give an answer on it. Unless I experience this, I can’t really say how I’d feel about but I wouldn’t be too much worried at all but that’s just me saying while still standing on earth. Being up there, It’d be different story probably.

But since the First Officer was still all well, I’d put my trust and rely on him being able to bring down the plane to safety :)

All aircraft have all the necessary equipment for every known incident that may occur. From defibrillators to O2.

I feel that most people tend to forget that the First officer is a “pilot” and can fly the plane. As well as the fact that the pilots are already thoroughly trained for this type of situation. Knowing this, at first i may be scared finding out that one of the pilots is incapacitated but would feel confident that the plane will land safely.

Cathay Pacific actually had two incidents like this within a month of each other on a Boeing 777 in January and the Airbus A350 that you topic relates to!

Yes I know, weird I mentioned that in blur text 😉

Not relly. And they don’t have all the nessary equipment for every emergency, they have alot, but you still need to land for EMTs as soon as possible

As far as I’m aware, all aircraft have bottled O2 on them for occasions like this.

Are they asuming that a passenger can use it? Or an I underestimating the medical qualifications of FAs?

Well obviously the plane will land immediately, but planes do carry the necessary medical equipment so that the flight attendants can administer first aid.

Flight Attendants will go though different Medical Qualifications from different airlines, however all will have their Countries Standard Medical Certification, Trained CPR and several other certificates. Incase of FA’s need a doctor, or other medical personnel, they’ll ask the passenger to use the O2 while they render aid elsewhere, or preform other tasks.

heyyyyy!!!
besides this they have another one!!!
flight from sapporo to hong kong 777-367
the pilot also cannot open his eyes!
the 777 pilot was more serious than the a350!

Hum, that’s intresting I wouldn’t have assumed FAs know how to do O2, I mean obviously CPR, etc, but O2 is pretty far.down the list, I mean we’re not eaven trained to use it, and it’s especially important in a drowning

I mean, bottled O2 will have a basic pump or button/lever. And a plastic mouth piece. Feel free to continue in DMs!

This is why there’s always two up front. Even when one is using the restroom there’s someone else up there just in case. Partially due to the Eurowings incident I believe. At least what I have seen on US flights.

Bottled O2 is onboard for an additional reason: in case of a loss of cabin pressure FAs can move around and assist passengers. Without they would suffer in less than 20sec at high altitudes.

Interesting. I’m not nessarly saying you’re wrong, I’m just suprised since it’s extra training for LifeGuards, and most facilities dont eaven have it…

What do you mean by extra training?

Maybe because they will need to learn how to use it