Which one do you think the government will get?

Which one is better?/Which one should they get?

I don’t believe we will see a F-35 or “CF-35.” The jet is too expensive and compared to other planes, it simply can’t fly. Sure, it has stealth technology. But what good is that if an older F16 can take it down (which was done in mock dogfights).

I don’t know how the F-35 is cheaper than the Super Hornet as per the article, but I’m sure that figure doesn’t include all the costs to train pilots, acquire parts, and to maintain the aircraft. One of the biggest benefits of the super hornet is the fact training will be minimal as our pilots are accustomed to the CF-18 Hornet, so money won’t be wasted for training.

Also, I’m sure the hornet and the super hornet share many of the same parts, so Canadians will be saving money, which is something the Trudeau government wants.

The only argument for acquiring F35s is because of Canada’s investment into the program, which in my opinion, was a waste to begin with.

Look, I know we’re going to end up with the Super Hornets, but are we really going to be using this stuff for war, does it really matter if an F-16 can bring it down? The Liberal government withdrew our Air Force from the ISIL mission, and most of our “enemies” don’t even have a superior Air Force.

Canada’s main priority is defending our land. Every fighter we’ve purchased since the 50’s has had that in mind, we need to be able to fly to the arctic to protect our sovereignty, and protect our country from threats. In terms of sovereignty, our biggest aggressor is Russia, who does have a superior air force. They’re known to poke into our airspace from time to time to remind us of their presence.

In terms of protecting the arctic, twin-engine planes are the best as they provide the extra-security and safety; so the F-35 is a no-no in that regard. No one wants their only engine to die out over cold arctic ice and water. Hence, why the Canadian designed Avro Arrow (designed for our usage) had 2 engines, we also had the 2 engine Voodoo for a while, and eventually we procured CF-18s. A single engine fighter simply doesn’t fit our criteria.

Flying across the country is an important component for our military. Not just to maintain arctic sovereignty, but to protect the nuclear power plants we have as well. I’ve read somewhere in the past that theres a few CF-18s stationed in Trenton to protect the Pickering Nuclear Power Plant. Our (previous) governments have always favoured twin-engined jets as they’re more reliable for this purpose.

And to tap into your ISIL point, we should never underestimate our enemies. Conflicts change all the time. We could be fighting ISIL now, and a country with a decent airforce later. We should always prepare for the future. And taking into account the aircraft we’re considering buying (F-35) can’t even shoot down a fighter jet designed in the 1970s shows that we’re taking a step backwards, not forwards.

Agreed!!! That is a good speech PM Damian

No, it was actually the Harper government that started the reevaluation process because of the auditors generals report of how expensive it was going to cost Canadians.

We’re just fine in the military department, in my opinion. Our defence minister has a strong military background, so he knows what Canada needs. And if you look into history, it was actually a Conservative government that killed the Avro Arrow program. We could’ve been leaders in military aviation like Boeing and Lockheed, but we got sold out to the Americans in the 50s and 60s.

Also please don’t mind me. I’m not trying to argue or anything, I know I’m coming off as a bit aggressive but I’m just really passionate about this since I’ve done many assignments on this at school and I’m a poli-sci student so I have a keen interest in it.

The Liberal government says it will begin the process of buying 18 Boeing Super Hornet jet fighters to meet what it deems to be the urgent needs of the air force, but was unable to say Tuesday when the aircraft will be purchased and how much they... 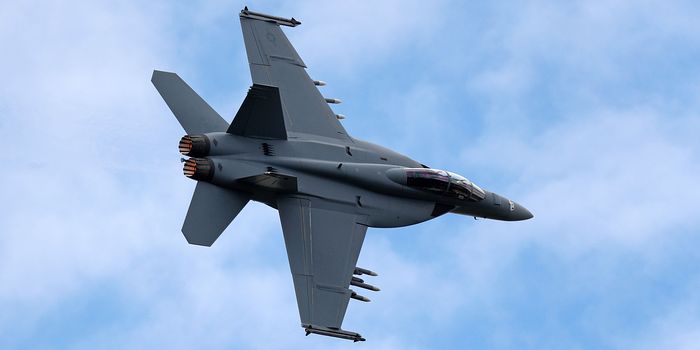 Canada plans to launch talks with Boeing Co. to buy 18 F/A-18 Super Hornet aircraft as an interim measure in a planned overhaul of the country’s legacy CF-18 fighter jet fleet, the minister in charge of defense said Tuesday.

#Government will buy Super Hornets as an interim replacements for ageing CF-18’s.

Good. Personally I think the whole advancement part of the F-35 is a bunch of hogwash. Here in America there is a strong consideration by the AF to cut the purchase a X amount of F-35s and reopen the F-22 line because the F-22 provides far more for air superiority and there is little need for the F-35 to try and venture into that territory. With Canada looking for a more airspace enforcement force the Super Hornets are better equipped at that job than the F-35