Can anyone help identify this helicopter?

Can anyone help identify this helicopter that flew over my house yesterday. Stay safe and well 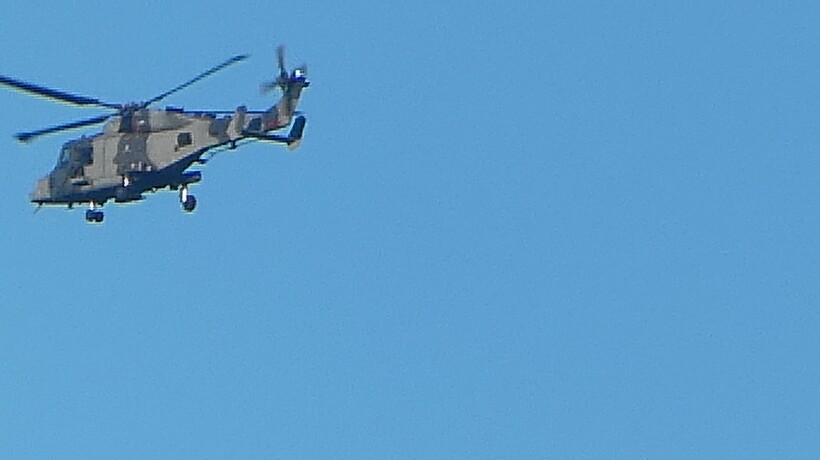 You mean the type, or the registration?

Type. Im fairly sure it is military given I live under the flight path to Tatiana USAF airbases

Best bet would be @RotorGuy.

@RotorGuy someone requires your expertise.

Thats a AgustaWestland AW159 Wildcat if im not mistaken.

That is indeed a wildcat. As above, used by the British Army Air Corps, as well as the Fleet Air Arm :) 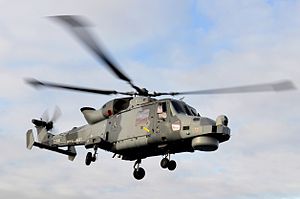 Pages for logged out editors learn more The AgustaWestland AW159 Wildcat (previously called the Future Lynx and Lynx Wildcat) is a British military helicopter. It is an improved version of the Westland Super Lynx designed to serve in the battlefield utility, search and rescue and anti-surface warfare roles. In British service, common variants are being operated by both the Royal Navy and British Army, having replaced their Lynx Mk.7/8/9 predecessors. The AW159 has also been offered to...

The Wildcat is based on the Lynx. Basically a more modern version with some changes