Hey! I decided that since I live in NYC, I might as well be visiting JFK a couple times to do some spotting. I go there pretty often, usually going to Terminal 2 or Terminal 5 for some really nice views of the runways to see aircraft landing and taking off. But the problem is that I don’t have a good camera to take some pictures and videos. Does anybody have good camera suggestions? I’ll be buying a camera soon!

How much do you have? (Your budget)

Get a dslr camera

I know nothing about cameras. I suggest a Canon.

Any specific one? (Brand)

Costco? You can good deals on Nikons and Canon dslr with bundles

Our picks for the best cameras under $1,000 available today.

Hope it all goes well, maybe try B&H photo i bought some lens from them before. 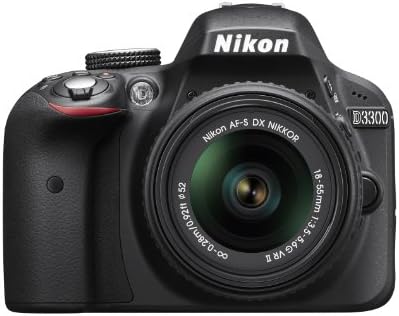 Capture every special moment in the lifelike quality it deserves--and have a great time doing it! With its included zoom lens, the new ultra-compact AF-S DX NIKKOR 18-55mm f/3.5-5.6G VR II, the D3300 ...

usually going to Terminal 2 or Terminal 5

If you show up with a DSLR anywhere on JFK property, expect to be kicked out/visited by a police officer within 30 minutes

If your phone has a good camera, use that ;)

I use that one (my sister has one) it’s amazing!!!

I know where to go for Terminal 2. ;) I don’t go to T5 as much. But at Terminal 2 there’s a rooftop where they have parking. Plus, I won’t be there for that long.

Terminal parking lots are good for arrive-and-leave type photos. Stick around for 1-3 planes and get out ASAP. Unless you want to be hassled by police or a rent-a-cop.

Unfortunately, some citizens in this country who were deprived of some feeling of power or attention when they were children will take it upon themselves to be Mr. Vigilante and phone in to the police when they see someone doing anything with planes that doesn’t include sitting in the seat and complaining how un-American it is that tickets cost “so much”.

So all of this said, my advice is to take photos out the window of your car (esp if the rear windows are tinted).

Well I don’t have a car. I take the bus to the airport, and use the AirTrain to get to the terminals. At Lefferts Garden (parking and bus stop) there’s some planes that you can catch taking off, but the runways aren’t visible. I guess there, T2 and T5 will be some good places. T5 is the jetBlue terminal where you can look out the window and see some arriving aircraft. Also, since I’m 16 and I look 14, I don’t really get harassed. On top of that, I usually go to JFK after school, so I can put my camera in my bag, and keep it in there until I get to where I want to shoot some photos for a good 10 minutes or so. I stayed on the parking roof of T2 for about 20 minutes with no camera just watching the planes take off and land.

Fun Fact: A couple days ago I saw my first 787! I was on the AirTrain and I saw a familiar shaped nose, which looked like a 787. The train kept going, and I saw it from far, looked at the cut-out of the engines, and it was an ANA 787. Beautiful. Especially at night. I also saw a British Airways / Virgin Atlantic A340 merger livery. And a BA A318. (It’s really tiny in real life!)

ALL NOT MY PHOTOS:

I was on the AirTrain

This is a good spot, people generally aren’t stopped here (Not that it never happens…)

BA and VS never merged, and BA never operated any A340