Bye bye Jetlag, Boeing and Airbus say the 787 and A350 could stop symptoms

Jet lag, no one likes it, however, some researchers say the 787 and A350 could be the two aircraft to crack the code and stop jet lag. Jet lag starts to creep in at around 6,500ft, however, the 2 aircraft both have plastics in there frames to stop keep the cabin pressurized at 6,00ft, no matter how high the plane goes. ‘Some unacclimatized persons who travel to terrestrial altitudes above 6500 ft experience acute mountain sickness, a self-limited syndrome characterized by symptoms of headaches, nausea, vomiting, anorexia, lassitude, and sleep disturbance,’ reports a study published in the New England Journal of Medicine. Say you’re at 38,000ft on a 737, normally the cabin is pressurized at 8,000ft, however not if on an A350 or 787, 6,000ft is the magic number there, and that 2,000ft can make a massive difference to how you feel when you touch down. 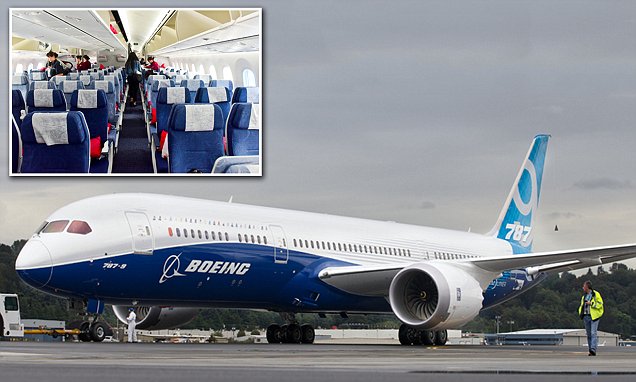 Travelers start to feel jet lag symptoms when the cabin pressure surpasses 6,500ft. Now, Boeing and Airbus, have designed planes, made of plastic, with cabins that stay pressurized at 6,000ft.

I think this is no more a secret to the public. Both aircrafts are built to remove people’s thought about jet lag. If I take B787 as an example, there are some features that may reduce jet lag, such as Dimmed windows and quieter engine sound compared to other Boeings (B777 Especially) and also the calming mood lightning

For A350, Actually this isn’t different much to 787, A350 also has a calming mood lightning, quieter engine sounds compared to other Airbuses, and a fresh air atmosphere inside the cabin (I felt all of these features during my trip). And it do reduce jet lags.

That’s why I’m looking forward to take a flight with one of them in the future ;)

I have been on the B788 and I must admit it really does reduce quite a lot of fatigue after the flight, however I do say that with a pinch of salt as I wonder whether it was just a placebo effect since ive only been on it twice.
But compared to the B773 or even more so with the 77W, it really is better. You dont get the constant loud engine noise like the 773.

I doubt it reduces jet lag. You get jet lag because your body needs to change it’s body clock when traveling across countries and time zones. No matter if you flew a A350 or a A330 on let’s say, IAD-CPH, your body would still be 6 hours behind when you land, which makes you tired.

I say the 787 did. I was ok when I did the United flight from Houston to Lagos.