Bombardier has delivered the first CS300 to AirBaltic.
This is the first CS300 delivery!
Look how far this program has come in the last year, when it was at a complete standstill and on the verge of being cancelled.
You can track the flight at https://fr24.com/BTI9801/bbfe976
The aircraft has just completed a flight from YMX/Montreal-ARN/Stockholm. That’s some long range.

Possibility of developing a larger CS500 brought up at delivery ceremony 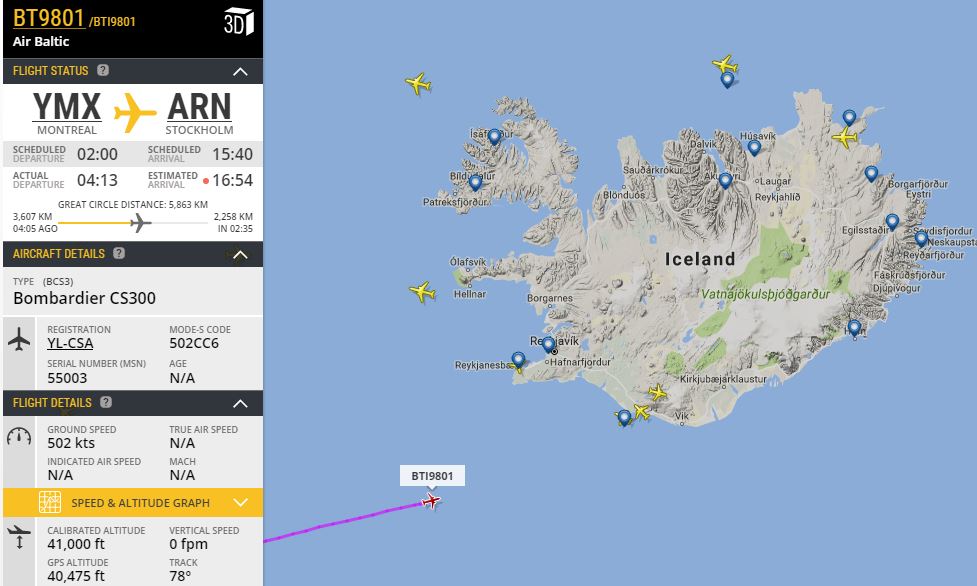 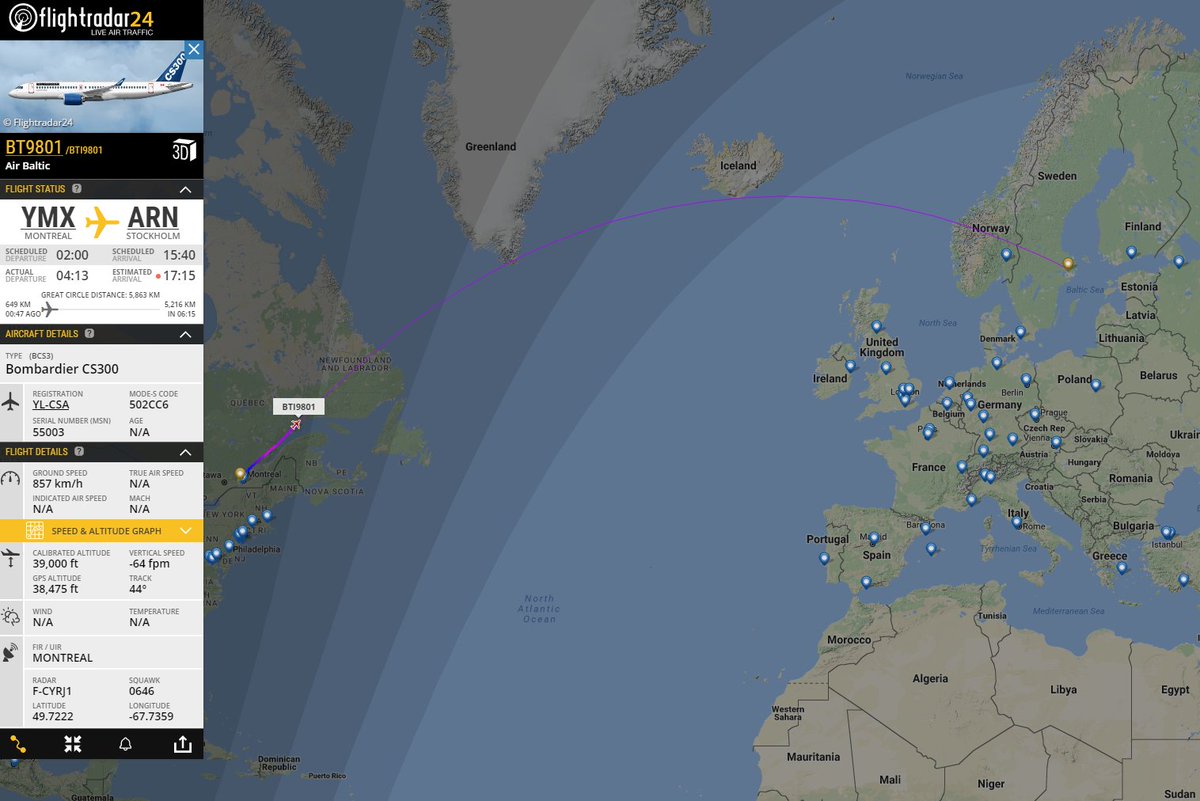 I’d like to year what you think about a larger CSeries jet.
Do you think a CS500 will come in the future?