Boeing Co is eyeing a broad partnership with Embraer reaching beyond commercial ... 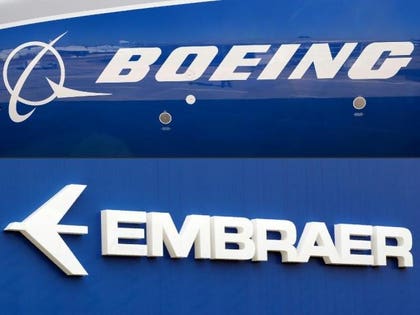 A Boeing-Embraer Tie-Up Is Hardly A Surprise, But It Sure Would Make Things...

The biggest question for Boeing and Embraer after the news of their discussions was the same as was asked of Prince Harry after announcing that he’d popped the question to Meghan Markle: 'What took you so long?'

Boeing appears to be looking into a partnership or even an acquisition with Embraer. The Brazilian government does not want too much to happen because they do not want a loss of a large company, however they are all for monetary benefits having Boeing giving a hand.

I could see Boeing opening an E2 line in Renton or Charleston and I could even see Embraer helping with development of the ‘797’. Whatever happens with this will be interesting and how it plays out in the coming months will sure be interesting. Boeing is a very large company however they have not been focusing on smaller aircraft since they retired production of the 717. This will be the jump-start to get back into production of smaller birds. The 737 is one of their most profitable aircraft, something smaller could do very well in the point to point market we see today.
The E2 series also has not been selling well in the United States, airlines have been preferring the CS, 737, A320, and even the CRJ. I can see Boeing pushing this aircraft on airlines like American or United that could be using smaller aircraft.

What do you think will come out of this deal?
Do you think Embraer and Boeing will work something out?
Share your thoughts and future progressions of this deal on this thread!

Please do not turn this into an Airbus V Boeing debate.

This is Boeing’s answer to the Bombardier and Airbus partnership! I hope a deal comes through.

Boeing is truly savage. While Airbus is having fun with Bombardier, we are having a “litty” time with Embraer.

Oh boy, this is turning into Boeing making allies with Embraer to takedown their common enemy Bombardier!

Except not a single E2 has been sold in the United States.

Skywest has 100 orders don’t they