A 727 flight number KH4544 crashed right after takeoff. Video from a spotter showed the aircraft failing to climb from the runway and clipped a perimeter fence around the airport.

Video can be found on here

Warning the video may be disturbing. 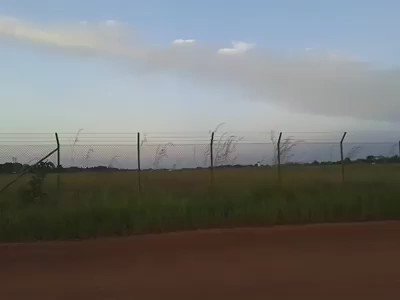 I just read some articles in Spanish regarding to it…4 of the 5 crew members are dead unfortunately, @ALFLONSO22 are you aware of this?

That looks real scary. Was this only recently?

An old aircraft. Another classic gone. R.I.P to the victims.

An hour ago max. AvHerald just published a report on it 19 minutes ago.

An Aerosucre Colombia Boeing 727-200, registration HK-4544 performing a freight flight from Puerto Carrena to Bogota (Colombia) with 5 crew, did not become airborne while taking off from Puerto Carrena, broke through the airport perimeter fences and burst into flames. Two persons survived, three persons were killed.

No, there are a few in service, check your facts. The Boeing 727 is a midsized, narrow-body three-engined jet aircraft built by Boeing Commercial Airplanes from the early 1960s to 1984. It can carry 149 to 189 passengers and later models can fly up to 2,700 nautical miles (5,000 km) nonstop. Intended for short and medium-length flights, the 727 can use relatively short runways at smaller airports. It has three Pratt & Whitney JT8D engines below the T-tail, one on each side of the rear fuselage with a center engine that connects through an S-d Th...

mis condolencias con las victimas, Fuerza Colombia! My condolences to the victims, did anyone else see the landing gear going up?

Oh, that’s so sad! And such a coincidence someone was filming. RIP

Oh I thought it was retired. Maybe I was wrong but I mean cargo is still flying. But I think that video is completely fake. I searched the news section.

But I think that video is completely fake.

Can you at least prove it?

If AvHerald is reporting it an other credible AVGeek twitter accounts are reporting it it is credible. The news doesn’t always report when there is a crash unless it is high profile. Sadly, in the Western world only the large or well known airline crashes get reported because the news is all about viewership, if a story wont bring in a certain amount of readership you wont find it.

Then did the crew survive? Did people took pictures of the crash because what they always do

Maybe I was wrong but I mean cargo is still flying.

Okay then show me how many people died

Then did the crew survive

4 of the 5 crew members are dead

It was a cargo plane…no passengers.

Well you told me it was a passenger jet and now a cargo jet. What exactly what you mean?

He told you there are passenger 727s still in service, but this was not one. Thiss argument is not respectful and does not belong on this post.