The world renowned Qantas Boeing 707 “V-Jet” which is currently owned and maintained by John Travolta, has been donated to the Historical Aircraft Restoration Society (HARS) in Illawarrra, Sydney. The aircraft was originally a commercial Qantas plane that was converted into a private jet, and later re-painted into the original “Flying Kangaroo” colours.

Travolta had “great pleasure” donating the aircraft, and wrote "the aircraft currently requires a lot of work to be restored to a safe flying state. I am hoping to be part of the crew to fly the aircraft to Australia, supported by well qualified and experienced pilots and engineers.”

“We have to send our engineering team over there [to Florida], work out the timing and what needs to be done to get it back in the air. It flew last in December” wrote HARS president Bob De La Hunty.

The aircraft is currently parked at John Travolta’s Florida home, which has two operational runways

The aircraft will be flown to the museum in late 2017. The museum currently has a Qantas 747-400 “City of Canberra” and multiple other historic aircraft on display. 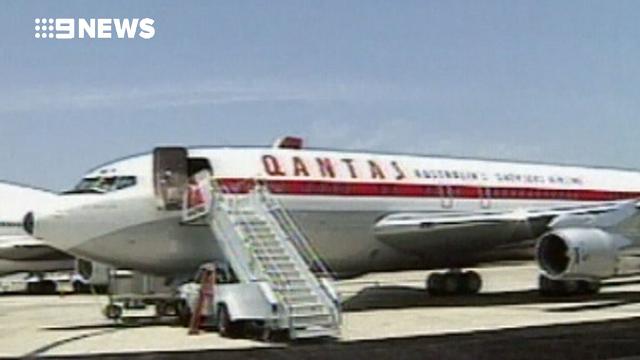 Actor John Travolta will donate his “beloved” Boeing 707 to an aviation museum in the New South...

That’s good to hear, going to miss it flying around though wish John Travolta as the pilot.

It is quite unfortunate it wasn’t flown around by him much, especially recently. It will be a nice addition to the HARS museum in Sydney.

Yeah, might have to pop around to see my first 707…

Don’t you worry, it will be around for decades! The museum even has some Lockheed Constellations. You can watch VH-OJA landing at the museum here:

Hopefully soon ill be there! That runway that the 747 landed on seemed a bit short…

Sad to hear John has it no more - well, I guess it’s going into good hands :)

Yeah, it is a regional airport attached to the museum. As you can see in the video, there were emergency vehicles on standby. The only other option available was to take apart the fuselage and wings to transport it. The 747 had a short flight from Sydney Airport to Illawarra with a very light load. Here is some onboard footage:

Glad to see this and I love that livery but you would think that someone of his stature would have a nicer lawn or at least fertilize it. Thanks for the share.

Haha, now that I have looked at the grass, I agree!

multiple other historic aircraft on display.

Just to give a few examples:

All photos taken by myself

Aaaah, I really need to go there! They all look amazing.

I have heaps more - I went to the “Wings Over Illwarra”

Heard about that one 😉
Is the 747 normally open?

Hmm, not sure - but the entry was only $2 and you could go out and in as many times as you’d like…

I love the Pitts Bi-Plane! These beauties are awesome to see and hear. Thanks for sharing