The Beechcraft Model 18 (also known as “Twin Beech“) is a 6- to 11-seat, twin-engined, low-wing, tailwheel light aircraft manufactured by the Beech Aircraft Corporation of Wichita, Kansas. Continuously produced from 1937 to November 1969 (over 32 years, a world record at the time), over 9,000 were built, making it one of the world’s most widely used light aircraft. Sold worldwide as a civilian executive, utility, cargo aircraft, and passenger airliner on tailwheels, nosewheels, skis, or floats, it was also used as a military aircraft.

Here is a picture:

Note: The data may differ due to different models. 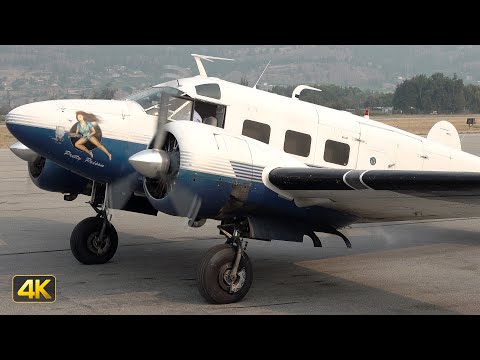 What do you think ?
Leave a comment below and vote in case you want to see it in IF !

I’d love to have the Matt Younkin Beech 18 in the sim!

I really like the sound of those engines 🤩
Tell me your opinion :)

The engine sounds are beautiful, although personally i don’t think this aircraft would be used that much in IF. This is still a great idea though. :)

Why wouldn‘t people use it in IF ? Because it‘s old and has a cool sound or what ?
I think cruising around with this one would be way cooler than with the ”normal“ C172/TBM or X Cub.

Yes, I totally agree. But I feel like it would be regarded more like (for example) the Spit, and it just wouldn’t be popular with the rising amount of commercial flights in IF.

@AlphaWings the Spitfire isn‘t used often as it‘s not reworked. If the Spitfire was reworked there would be more people who would fly it. There are some guys who also like cruising around ? I also fly long-haul stuff but the cruise around aircraft is missing for me as the C172/TBM/X-Cub are all modern and not the same as this one.

Might? This plane is awesome, and I’d love to see it in IF someday!