What device do you have, what brightness setting are you using on your device and what graphics settings are you using in Infinite Flight?

Usually, you battery should be charging. Especially since you have a newer iPad Pro. Try setting limited frame rate and see if it helps. Also close out of all safari / google website tabs and any other apps running in the backround.

Some chargers are worn down and aren’t the best but at the time it may be your device stressing out which uses more power and more power that your charger can provide resulting in you losing power.

Also close out of all safari / google website tabs and any other apps running in the backround.

The only apps I have in the background are IF related and I’m unfortunately against removing those.

Some chargers are worn down

Oh so chargers can wear down over time 🤔

of course. anything can get weaker over time.

For example, I had an iPhone 6 for 5 years and after 2-3 years the efficiency of the charger did noticeably go down - it would charge to 100% but would take way longer than it did.

Perhaps consider getting a new charger.

I’ll see if that works. Cause I know when this first happened I lowered my brightness and settings and had I fan to help keep my iPad cool. Band then I though that problem was over until the iPad becomes old 😅

battery during IF flights to drain while ur using the charger

Mine is not yet loosing power (most of the time), but it doesn’t gain any when it’s low power and I fly in IF. That’s on an 2-3 year old iPad Pro. So overall I wouldn’t be too worried about the issue.

Clarification for everyone I do NOT have the iPad Pro. if someone wants to donate one tho I’ll happily accept it 😂

So overall I wouldn’t be too worried about the issue.

Ok, that’s a bit more concerning then what I thought of. Probably a battery check at an Apple Store would be an option?

Just before everyone continues to jump to conclusions about a bad battery, @TylerShah do you know the output of the charger? It’s not uncommon for devices to use more power than they are recieving if the charger in question is a low wattage.

No i do not. I would say it’s descent. As I’ve recently done a long haul or two and no change in %age

It would be worth a look. For example, my pixel c shipped with a 15w charger which was absolutely fine, but when I run it through a 5w charger it can drain the battery under usage. Often helps to lower the graphics settings and such just to reduce the power draw of your device. I find it somewhat unlikely that your devices battery would be scuffed after only 2 years.

How do I find that out?

The output of your charger will be written on the plug somewhere as is required by all electrical devices. 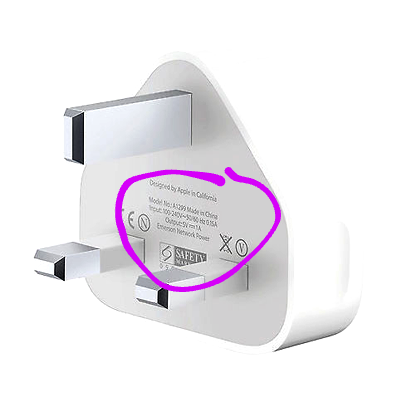