So for the first time in the history of T.F. Green International in Rhode Island, USA (KPVD), we have a Boeing 777-200 coming in May, I want to say it’s the 13th. The aircraft will be operated by Comlux with it being a private 777.

For anyone who does plane spotting around KPVD, I’ll confirm the date but May 13th my FBO will be handling the first ever 777 to come into the airfield. Should be some nice photos!

That sounds really cool! And the fact it’s going to your local airport is even better. I’ve never seen a private 777-200. Happy cake day by the way.

I wonder if @pinecone has heard of this yet

Thanks! I walked on to the first ever private 757 that I saw last week. Very nice inside.

Do you have an idea of where it’ll park or is it too early to determine?

Will she park up at the cargo ramp or stay on taxiway V? (this is usually where the Pats plane parks)

The Pats plane now occupies the deicing pad and the 777 we’ll squeeze onto our ramp at Northstar. @Nathan

Here’s a little preview of the aircraft that’s coming here.

I got some more confirmation on the 777 coming to KPVD.

Parking on the northeast ramp.

Should make for some good spotting pictures for those in the KPVD area. First ever 777 coming here.

We need this plane in IF, feature request?

This isn’t a feature request. It’s just a heads-up for PVD spotters.

This isn’t a feature request. It’s just a heads-up for PVD spotters.

He saying we need a feature request for this 777

@Jeremy_H the Boeing 772 is going to PVD right now, just departed BOS. Should be there until Wednesday, according to New England Spotters. 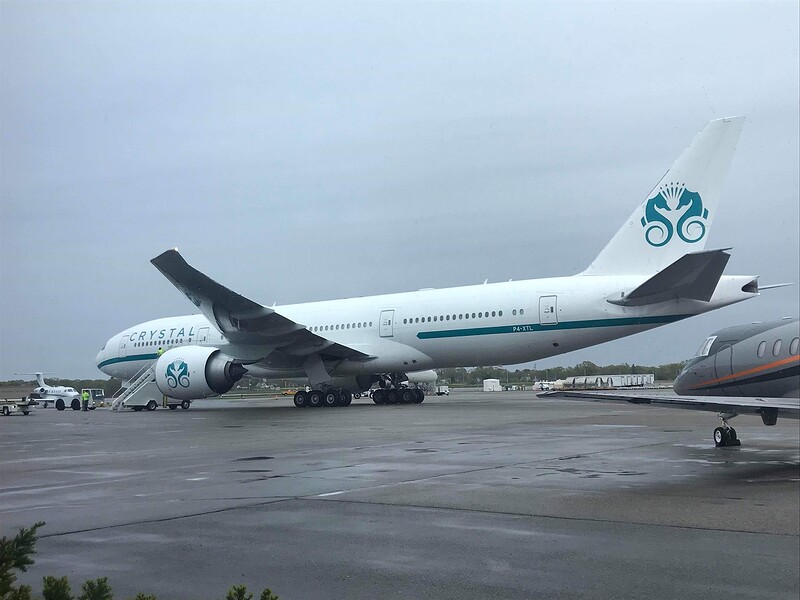 Nice shot! And damn, such a livery! Looks pretty. 😉

It’s not my picture, I credited the original photographer :)