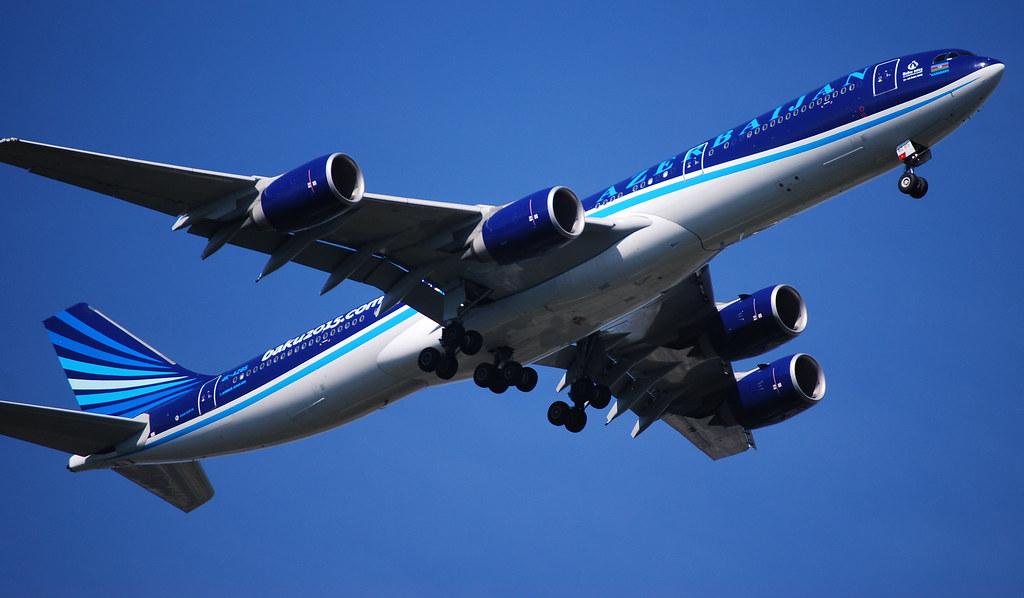 Finally hunted down this one…

This beautiful plane (The plane and livery) was originally meant to go to Kingfisher Airlines. However, Kingfisher Airlines never took up the aircraft and they went back to Airbus. Eventually 4K-AZ85 made its way to Hi-Fly and then finally to Azerbaijan Airlines in 2012. 4K-AZ85 flies along with her sistership, 4K-AZ86 (Formerly VT-VJA and VT-VJB, respectively).

I honestly hope that these last passenger A340-500s continue to fly around the word for years to come with Azerbaijan Airlines!

Not being replaced by their 787’s?

@Aernout Just a guess but I am fairly confident that their A340-500s will be replaced by the remaining 787s on order (There’s only 2 after all). Surprised they aren’t sending their most modern and eye-catching aircraft, the 787, to JFK but I suppose they really need the extra capacity of the A340

Was reviewing my old topics and found this. The A340-500s have been replaced with the 787s, sadly. They are reportedly retained as aircraft subs and other misc. work that I forget.

Indeed. But I can also see it from the point of the airline - four engines not only need more fuel, they also need more maintenance; extra capacity can offset this but only if you’re flying full revenue flights all the time, which I’m sure isn’t always the case. There are a lot of wonderful machines that could have served for a very long time, had other aspects not been against them (L-1011 is one such example; Dassault Mercure is another, crippled by its short range).

Anyhow, - nice catch. History rolls on, but it’s snapshots like this one that help to keep things in perspective