Why we need to see her
Devon see her because she is a very old duo and he will be a very good addition for IF. 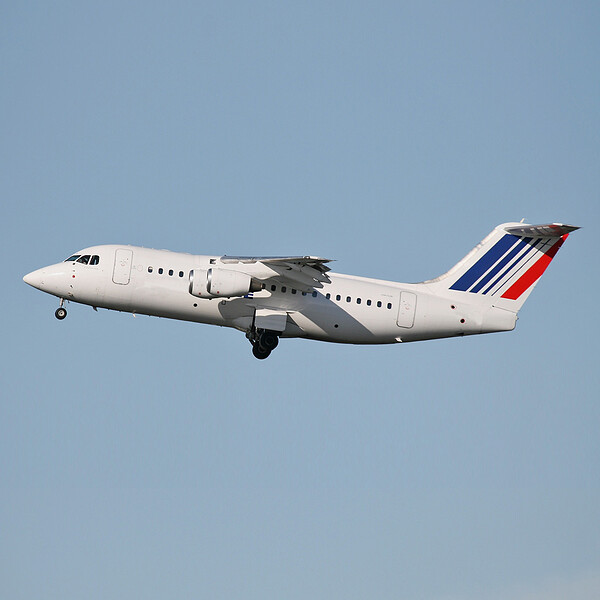 The British Aerospace 146 (also BAe 146) is a short-haul and regional airliner that was manufactured in the United Kingdom by British Aerospace, the last part of BAE Systems. Production ran from 1983 to 2002. The manufacture of an improved version known as Avro RJ began in 1992. A new improved version with new engines, the Avro RJX, was announced in 1997, but only two prototypes and a production aircraft had been built before. With 387 aircraft built, the Avro RJ / BAe 146 is the most successful British civil jet aircraft program.

You can always keep your thoughts to yourself. I personally like to see this 4 engine beast in the game as it is almost fully retired

You can always keep your thoughts to yourself.

isnt the whole point of having a forum to share different ideas? dont get so offended if someone has a different opinion than you

also this plane is ugly looking - i agree with @Jeremy351

No offense, but I don’t particularly think this is needed!

Ah, let’s add the whole RJ family instead! But the 85 is a start.

I used to fly on the SWISS RJ100 a lot. Loved that plane, especially the special sound when the flaps were deployed. I don’t think that we’ll ever see it in IF because there are many other things on the list before, but oh boy I’d love to have it.

Don’t want to be rude, but I do not see a need in this aircraft, the time wasted for this could be used for some better features, honestly. There are so many aircraft out there you could vote for, but why this one?

Seems plain and boring to me, honestly don’t see a need in this.
Not trying to attack, just expressing my opinion.

Would love to see this! Be fun have this four engine commuter, plus we can have the fire fighter version of it like the DC10!

Also flown by Summit Air, and comes in a prop version. Wouldn’t mind seeing it in IF, but it’s not a priority for me.

Im sure if you offer to give FDS accurate physics on the BAE146 they will be more likely to impement it:)

Wow, thanks for spotting that! Flagged it :)