Hello, guys! Yesterday’s Aviation News Daily didn’t come out, as I was working on Monday’s AND and I figured that posting the ANDs a day later isn’t really effective so I didn’t post it. Apologies for that. Enjoy today’s aviation news!

Qatar To Repatriate French Citizens From Australia And New Zealand

It’s not often you see jet contrails over southern Tasmania, but today a Qatar Airways Boeing 777-300ER passed high overhead en route to Christchurch, New Zealand. It’s not often you see that plane in Christchurch either. In fact, that’s the first time Qatar Airways has ventured down to the Southern New Zealand island. The flight was performed with the 777-300ER registered as A7-BAW under the flight number QR 7539 and was just under 15,000 km long. The purpose of the flight was to repatriate stranded French citizens.

Virgin Atlantic is reportedly requesting $623 million of taxpayer money to weather the Coronavirus storm. But with competition from other airlines and the government’s bank balance rapidly dwindling, the UK treasury has called in the big guns to offer specialist advice on the deal. Wall Street heavyweight Morgan Stanley is now at hand to lend its expertise and to ensure taxpayers’ money gets spent in the right way.

Russia has completed its criminal investigation into last year’s Aeroflot SJ100 crash. The accident, which happened last May, claimed the lives of 41 people. The aircraft caught fire after an emergency landing in Moscow. It has been claimed that that wrong actions of controlling the aircraft led to the destruction and fire of the aircraft, resulting in the deaths of 40 passengers and 1 cabin crew member.

A little reminder on how the events unfolded: First, the aircraft was going through an aggressive thunderstorm, then the aircraft lost all communications and squawked 7600. The pilots then decided to return back to Sheremetyevo Airport. No landing briefing was performed, nor was the Approach checklist completed. The pilots received a “Go around, windshear ahead” warning, but the pilots chose to ignore it.

Fast-forward to the touchdown. The plane bounced about 2 meters up in the air after the first touchdown, then bounced a second time, but this time it was about 5-6 meters. The pilots attempted to execute a go-around, but the engine thrust didn’t go up as the thrust levers were set to increase it. This was because the reversers had been engaged beforehand. The last touchdown of about 5 Gs completely destroyed the main landing gears. Additionally, the fuel started to leak and a fire was set on.

Australian Mail Could Be Delayed Because Of The Coronavirus

Australia Post is warning that Australia’s currently threadbare domestic airline network will delay mail. At the best of times, it can already take ten days to get a letter from one part of the country to another. Now the government-owned postal operator expects delivery time frames to deteriorate further.

Struggling budget airline Norwegian Air has told its UK employees that it doesn’t have funds to pay April wages. Employees were previously told to expect pay cuts and redundancies as the airline tries to survive the current downturn in travel demand.

Spirit Has Repatriated Over 1000 People

Over the last 13 days, Spirit Airlines has performed special to bring more than 1000 US citizens home. Global flight restrictions have made it a tough job for those abroad to travel. Therefore, Spirit has helped them travel safely during these times.

Finnish flag-carrier Finnair may not be ferrying passengers between Asia and Finland at the moment. However, the same cannot be said for cargo. Cargo is being transported both ways: Food supplies and Coronavirus test samples to Asia and crucial medical supplies to Europe.

American Airlines will receive $5.8 billion in government to pay its employees as the airline announced on April 14th. Amid a sharp decline in profits and revenue, the airline joined a coalition of others to seek government aid. Now, after the passage of the Coronavirus Aid, Relief, and Economic Security (CARES) Act, American Airlines will receive funds to pay its employees.

United Airlines will receive a little less money, $5 billion to be exact, for the same purpose. United has also joined the CARES Act.

According to the International Air Transport Association (IATA), total passenger revenues for airlines could fall by over 55% in 2020. That’s equal to approximately $314 billion. This comes after a worsening of recession forecasts in April, making the expected passenger return to aviation slower.

On select flights, Emirates will now test passengers for Coronavirus before they board. The UAE’s flag carrier will carry out blood tests at the airport before travel. This makes the airline the first in the world to carry out such action.

US travelers who are stranded abroad are accusing airlines of taking advantage of their situation. Some are reporting prices for one way tickets back to the US in excess of $2,000 on routes that would cost a few hundred dollars. Airlines have hit back, saying prices reflect the cost of operating these flights, particularly when one way is flown empty.

Air France Plans The Retirement Of Its Airbus A380s

Air France - KLM CEO Ben Smith has told local media this week that he is anticipating the retirement of the rest of the A380s in the Air France fleet. One aircraft was already removed earlier this year, and with no demand for travel now and a predicted slow recovery, it’s unlikely the giant jumbo will have a role in the near future.

It seems like Air France is still wholeheartedly committed to taking delivery of the A220 in the autumn of 2021. That’s according to comments made by the CEO of the airline. The airline has 60 of these planed on order and should take delivery of the first one about a year and a half from now.

Now that LOT Polish Airlines’ owner PGL has decided to withdraw from its agreement to purchase German leisure airline Condor, a topic I covered yesterday, many have asked what’s next for the German airline. And the answer is simple: nothing much. The airline, like many others, is flying cargo. The airline hopes that the German government will help out the airline during these undoubtedly tough times for the global economy.

China Southern Airlines have set themselves a goal to move all its flights to Beijing’s new airport by March 2021, just under a year from now.

Air Zimbabwe’s Boeing 777 has finally taken its first flight for the airline. Received in January this year, the Boeing widebody had sat on the ground in Harare since then. However, yesterday’s flight was not beginning a new long haul future for Air Zimbabwe, but rather the exact opposite. It was flown to Addis Ababa for maintenance, possibly in preparation for an impending lease.

In what appears to be a political rather than safety or regulatory issue, Spain is prohibiting Iran’s Mahan Air from landing at its airports. The airline had been flying to Barcelona but had to quit the route in late March after Spain suddenly canceled the airline’s license. Unofficially, sources are saying it is a part of a broader move to isolate Iran.

This week, the Brazilian low-cost carrier Azul hired Galeazzi & Associados, a restructuring firm to work with the airline during the COVID-19 crisis, Estadao reported. Currently, Azul is operating approximately 70 daily flights. That’s over 90% less than the usual 900.

FAA Supersonic Flight Proposal Could Be An Environmental Disaster

The United States Federal Aviation Administration (FAA), released a set of new noise standards that would apply to supersonic flights and aircraft. The measures include special noise allowances at times of take-off and landing. The plan is currently undergoing 90 days of public approval, also known as Notice of Proposed Rulemaking (NPRM). It will make a final decision after that. However, many environmentalists around the world are already addressing their concerns relating to this allowance.

I hope you enjoyed today’s Aviation News Daily! Every word in this thread, as well as in all the previous ones, plus the ones to come, are written by me, nothing was directly copied and pasted.

I also hope I saved you some time and succeeded in my mission to keep you guys up-to-date in the aviation world.

All news stories are from SimpleFlying’s website. Any critiques, tips, opinions, comment and advice is awaited, respected and appreciated! 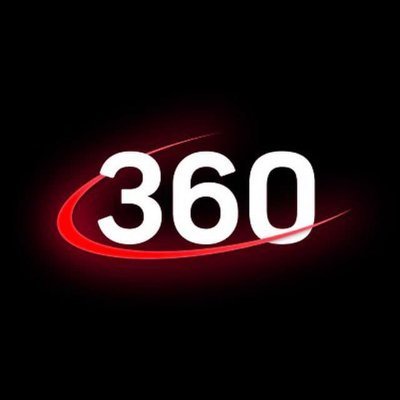 My Mom is a Laboratory Technician (the people who draw blood and test it) and recently lost her job. I guess we’re moving to Dubai now 🤣

In all seriousness, I think they should just do a throat swab, not blood testing.

Yep but footage was released today

On select flights, Emirates will now test passengers for Coronavirus before they board. The UAE’s flag carrier will carry out blood tests at the airport before travel. This makes the airline the first in the world to carry out such action.

Geez. Looks like I won’t be flying Emirates, I hate needles lol

There was footage of its whole landing when it crashed, first time i have seen this video obviously