Another attempted aircraft theft, this time a student pilot

Orlando Melbourne International Airport shut down on Thursday morning after a 26-year-old student pilot hopped a fence and tried to board an American Airlines plane.

Around 2 a.m., the student drove to the hangar when the A321 aircraft was parked, left his car running, and boarded the plane. Two people — a maintenance worker and a supervisor — were on board the aircraft when one noticed something moving. When the student approached the cockpit, the two men grabbed him and took him off the aircraft. Police arrived within two minutes.

“There obviously seemed to be planning involved,” Lori Booker, a spokesperson for the airport, said at a press conference on Thursday morning.

The A321 was undergoing maintenance at the time of the crime.

Read up more HERE.
And here 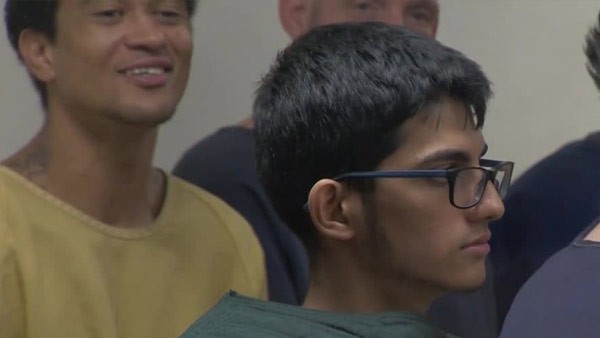 FBI: Student pilot who tried to steal jet at airport planned to harm himself

Nishal Sankat, who was born in Trinidad and entered the United States legally through Canada, is being held without bond at the Brevard County Jail.

Leave your thoughts down below!

Sorry if this is a dup, didn’t find anything like it.

Unbelieveable. These people are crazy. This has to stop.

The A&P saves the day!

What’s up with people and stealing planes? What benefit are you gonna gain from it? At least you can store a car in your garage, how bout an A321.

Wow, this is crazy. I thought one was enough, and then this guy had to try to steal an A321.

Its an American Airlines A321. My guess is that people think American is easier to steal from.

Not sure if this is all, but yeah this is pretty bad.

So its only been a month since the Horizon Air incident, and the same sort of thing has happened again!

It’s a good thing he didn’t get far.

Why do people try this? It’s not like GTA in real life.

I wonder why he attempted this…

Did he fail his training and want to prove someone wrong?

He apparently tried to harm himself.

FBI: Student pilot who tried to steal jet at airport planned to harm himself

Nishal Sankat, who was born in Trinidad and entered the United States legally through Canada, is being held without bond at the Brevard County Jail.

Everything happens in threes.

Unfortunately, we can’t have a topic for every individual that decides to take an aircraft when they weren’t give the permission to do so. Thanks for the understanding.