A delivery flight of an ANA 787-9 returned to Paine field following an engine failure of one of it’s Rolls Royce engine. 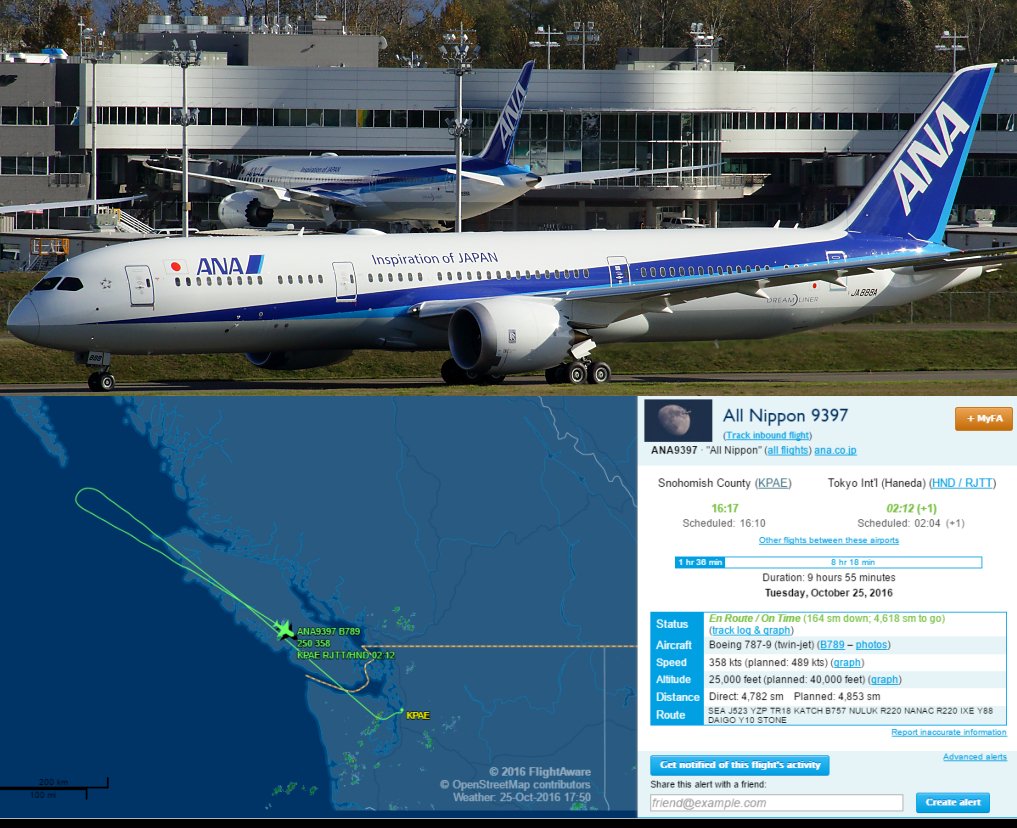 Welp, back to the factory it goes.

This doesn’t happen to Airbus…

I don’t believe you

Iceblue, are you trying to start a war.

But the a350 is newer and has had 3 incidents already…

Your right… This happens to Airbus https://en.wikipedia.org/wiki/Air_France_Flight_296

@AdamCallow The war is over and Airbus won

This isnt Boeing’s fault either, this is Rolls Royce’s fault. ANA uses only RR engines on their 787 fleet. Just makes RR look even worse. Their shouldnt have even been a problem with the engines after only 4-5 flights to get the 787’s cleared for delivery. If it was anything but the engines I would blame Boeing but the engines are just attached to the aircraft by Boeing not built.

@AdamCallow The war is over and Airbus won

thats so not true! at all! the A350 has a gear moufunction where they have to keep the front gear down far too long after takeoff because the “tires get to hot” an actual aircraft company acomidates this into the design of the aircraft LMAO :)

Pilot error or fly by wire failure? Guess which one I agree with…