Some more confrontation happening on Flights: 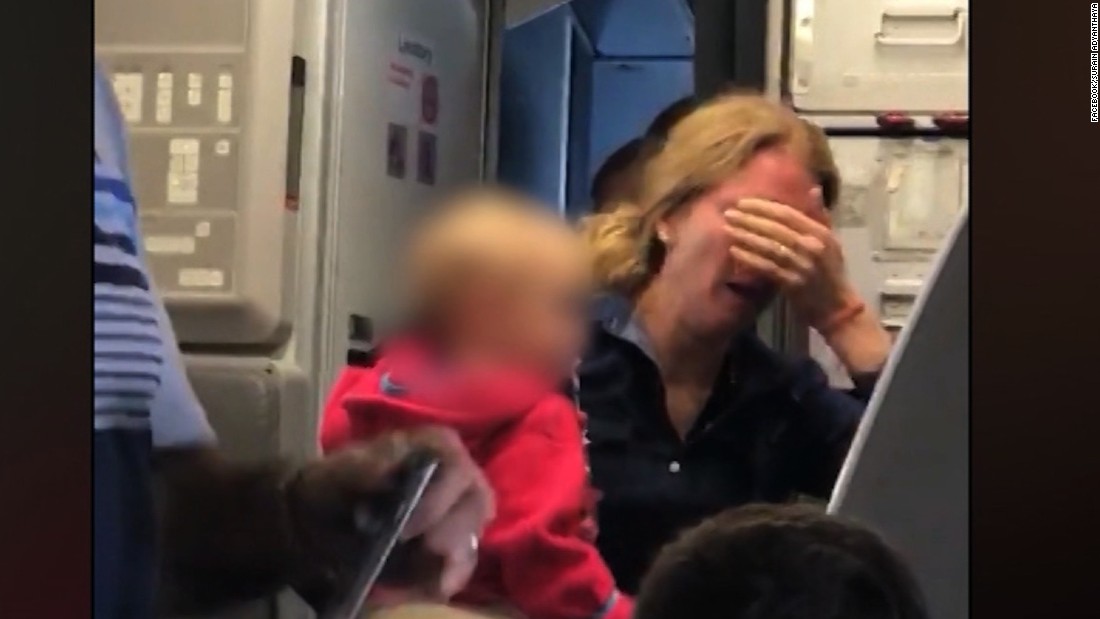 American Airlines is investigating after a video surfaced on social media showing a confrontation between a passenger and a flight attendant aboard one of its flights.

American Airlines flight attendant’s clash with passengers caught on video.
It’s been less than two weeks since a video of a bloodied passenger being dragged off a United Airlines aircraft ignited a national discussion about the airline industry’s treatment of passengers, and now, yet another onboard incident captured on video is raising eyebrows – and it’s resulted in the immediate grounding of a flight attendant.

A video posted to Facebook Friday by Surain Adyanthaya – a passenger onboard American Airlines flight 591, from San Franciso to Dallas – shows an intense confrontation between flight crew and a handful of passengers at the front of the aircraft while it is still on the tarmac in San Francisco.

The heated moment began when a flight attendant took away a stroller from a female passenger, Adyanthaya told ABC affiliate WFAA in Dallas, which reported that the woman was from Argentina and travelling with her two children.
The nearly three-minute video does not show the flight attendant taking the stroller, but near its start, the woman is seen crying and asking for the stroller back.

The incident then escalates with a male passenger coming to her defense, and asking for the male flight attendant’s name, saying, “Hey bud, hey bud, you do that to me and I’ll knock you flat!” The flight attendant, who is visibly angry, points his finger at the passenger and says, “Hey, you stay out of this!” A pilot appears to attempt to calm down the flight attendant.

During the entire video, the female passenger continues to be heard crying.

A pilot appears to attempt to calm down the flight attendant

Always the level headed ones lol

Oh-uhh, really not good for the airline industry…

Please search before posting next time as this is duplicate. Thank you. :)

Opps sorry about that. Next time il be more careful. Ask a moderator to close this topic if you want

Ask a moderator to close this topic if you want

I’ve flagged it as duplicate, a moderator will close it shortly.