American Airlines 192 has a fire in the rear cargo pit

American Airlines 192, a 77W supposed to fly from HKG to LAX has had a cargo fire break out while on the ground. The fire has been extinguished and there appears to be minimal damage to the airframe but some cargo has been burnt as a result. 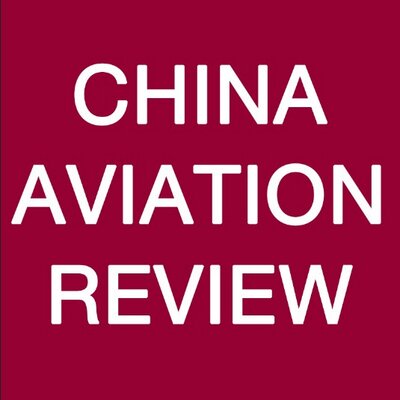 Cargo fire at Hong Kong Airport. Not yet known damage to this American Airlines Boeing 777 https://t.co/at96EO4ftS

It was extremely fortunate that this happened on the ground while loading instead of in the air where the plane would possibly have been lost, as the intensity of the fire appears to be quite high.

EDIT: video here shows a ramper falling out of the cargo hold when the fire starts, not too sure about his condition http://hk.apple.nextmedia.com/realtime/breaking/20171009/57310254

The question is what caused the fire…

Yeah, what was the temperature that day?

I suspect a battery fire, I can’t think of anything else that would make it all the way to the ramp that would be likely to combust.

Yeah, what was the temperature that day?

Considering it happened ~2 hours ago, the METAR then was

(to those incapable of reading METARs, it was 32 degrees Celsius or 89 degrees Fahrenheit)

Good grief, that’s bad. Imagine that blaze in the hold, halfway across the Pacific.

I wasn’t that hot in Hong Kong today, I don’t think the temperature was the main factor.

It could’ve easily been a contributing one

Translation courtesy of a friend:

There has been a fire emergency on the tarmac. American Airlines Flight AA192 was originally scheduled to depart for Los Angeles at 6:10pm. At 5pm, when it was parked at apron 42, cargo in the cargo hold near the back of the plane caught fire. The fire spread quickly and passengers evacuated. During the emergency, an employee was injured when they fell onto the ground while escaping.

The fire department rushed to the scene and used water hoses to extinguish the fire (that’s what it says) and extinguished the fire quickly. They are now investigating the cause of the fire. The injured, a 59-year old person by the surname of Chan had an injured face and right foot and had to get a mask on (my Cantonese sucks, I’m direct translating 面膜 from Putonghua, could mean oxygen mask) and was rushed to North Tai Yu San Hospital (romanisation) before being sent to Margaret Hospital.

According to Mr Kam, an employee who witnessed the fire, he suddenly smelled a very thick smoke. When he looked towards number 42, he discovered that a piece of cargo that was being loaded on (I assume) an American Airlines aircraft was on fire and that the smoke was thick. A male employee was injured after jumping off his loading vehicle, and other employees helped him to leave. “I saw that there was no fire anymore, wait for the white car (ambulance)!”

Mr Kam stated, the fire engines had reached the site within 5 minutes, and took at least 1 minute to extinguish the fire. He was shocked at this incident and said, “I was scared that there would be an explosion. Of the 10 years I have worked here for, this is the worst tarmac fire I have seen with my own eyes!”

The spokesperson for the aviation administration authority (I think) said that at 5pm it received a report that there was a fire emergency at apron 42. The aircraft involved was loading cargo and there were no passengers onboard, but one airport staff member was hospitalised. The flight was cancelled and the airline is making appropriate arrangements for affected passengers. The aviation administration authority is investigating the incident.

Several months ago, a China Airlines B777-300ER also suffered the same problem while on Jakarta Airport’s Apron. But the fire came from APU on this case.

The tail of a China Airlines Boeing 777 was surrounded by smoke today at Jakarta Airport.A visually spectacular incident due to APU low oil pressure. The aircraft departed later with no other issues

This incident went viral on medias at that time. In my opinion this incident is very similar to this China Airlines’ fire incident. Any thoughts?

@Iggydang… MaxSez: Suggest you correct the Title. The fire was in the Rear Hold (Pit) not externally… Regards

cargo in the cargo hold near the back of the plane caught fire.

Dang…hope most of the cargo survived the blazing furnace…glad it got put out!

Changed to make it clearer, thanks Max!

Lucky they weren’t in the air, cause with that kind of fire there could have been a pretty bad crash… interested to see what American has to say

At least the fire occurred while the aircraft was still on the ground rather than in the air as that could have ended up being disastrous.

Ya I am leaning towards a battery fire as well and there could be multiple things that might have lead to this fire: improper packaging, improper package handling or a damaged electronic device being shipped.