Alitalia has gone into administration today as they have rejected restructuring deals from key shareholder Etihad. The future of this airline is unknown but flights will still continue. 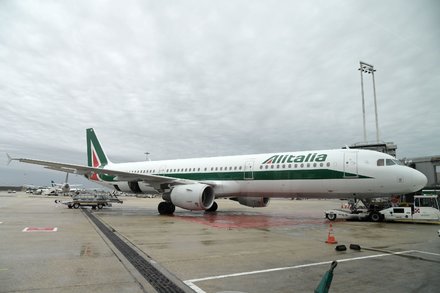 Alitalia Files for Bankruptcy, but Italy Balks at a Third Bailout

The latest drama over one of Italy’s most visible industrial symbols has plunged the chaotic political and economic environment into further uncertainty.

Dang must suck for Alitalia.

Dang must suck for Alitalia.

Dang, must suck for ITALY. How about that…

Most telling part of the article:

Company officials had said that in order to keep the carrier alive, adjustments were needed in the 12,400-strong work force, which operates about 120 planes and had 22.6 million passengers last year. By contrast, its low-cost rival Ryanair has around 11,000 employees for 300 planes and more than 100 million passengers.

But when unions and management negotiated a rescue plan involving 1,600 layoffs, an 8 percent pay cut and more working days a year in exchange for €2 billion in new financing, employees rejected it.

**They seemed to be gambling that the state would come to the rescue, given the political and economic consequences of letting Alitalia collaps**e.

Interesting. But this isn’t a personal experience in real world aviation unless you have flown on Alitalia before.

Please keep this in mind before you post in the #real-world-aviation category as you don’t appear to be involved in the decision making process with Alitalia, but do correct me if I am wrong. Thanks.

This is the RWA category

You should post topics about your personal experience it I think posting something interesting that relates to real world aviation is also good. Liek topics like what is your favorite plane could start some good conversations. Idk it is just my opinion. I feel like RWA should have more range of topics ;)

If Alitalia quit - then I’m starting up Air Italy.

Nooooo! This is terrible for such a big airline. @Massimo_Murgida

I’m really lost for words about this…I just hope they’ll be able to pick themselves up…again!

I really hope so. But seeing as it is a flag carrier, it should!

Air Italy is already taken. You might wanna take something else maybe Pizza Air! 😂

News to me that Etihad owns almost half of Alitalia. Doesn’t Il Papa use Alitalia for travel? Will the carrier be re-branded to a Mid-east airline? IMHO, the employees stand to lose. But, isn’t that mostly the way it goes? But really, interesting news.

It will be out for sale in 2 weeks

Don’t worry Guys,is not the first time the Alitalia call bankrupt,will be fine…

But if they do really shut down this time then that will be pretty sad.

Atalia has gone bankrupt and defunct many times before…
This is becoming a usual thing now!

Corporate bankruptcy is all about restructuring debt and getting access to new liquidity. It doesn’t mean the company is done. (Sometimes, of course, it ends up that way, but this is Italy’s flagship carrier, so they have incentive to prop it up, even if the population wouldn’t be keen to that.)

But they do need to find a way to compete with low-cost carriers besides quadrennial bankruptcies.