This feature request is for an Alaska Airlines livery update for all their planes.

Have you ever noticed that the Alaska Airlines livery is not up to date in Infinite Flight? The new (not so new) Livery is very beautiful, and Infinite Flight would feel a lot more better when using it, here is some information about the “new” livery - 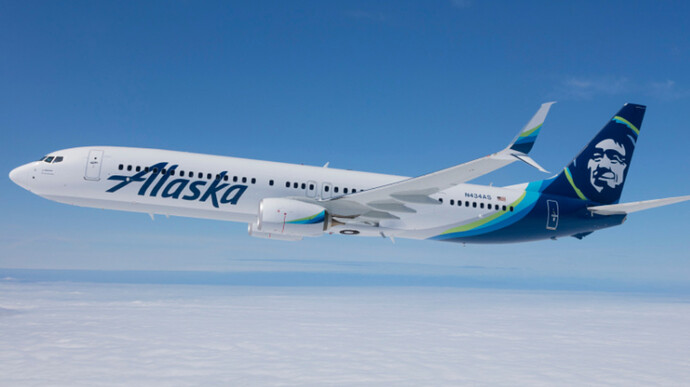 image1070×601 91.1 KB
(Source: http://splash.alaskasworld.com/newsroom/ASNews/photos.asp)
Alaska Airlines
Alaska Airlines is an American airline headquartered in the Seattle metropolitan area of the state of Washington. The company was founded in 1932 as McGee Airways, offering flights from Anchorage, Alaska. Alaska Airlines has flights to more than one hundred destinations in the contiguous United States, Alaska, Hawaii, Canada, Costa Rica, Cuba and Mexico. The airline is a major air carrier and, along with its sister airlines Horizon Air and Virgin America, is part of the Alaska Air Group. The airline has been ranked by J. D. Power and Associates as having the highest customer satisfaction of the traditional airlines for ten consecutive years.

Creating this topic was approved by a moderator, and the old feature request will be shutdown :).

I definitely would like to see this! Especially on the Q400.

[image] It should be added alongside the old one.

There is a topic similar to this one.
I would loge to see this feature!

Well I think I may be first [image] (Sorry if repost) isn’t it beautiful? I think it is :D

[image] This classic plane comes with the stunning new livery of Alaska Airlines 💙💚 (the sticker to celebrate the Boeing centennial has already been requested, I am requesting the new livery in general)

Well as this is a request but also a sorta link to my other post referred here: Alaska/Horizon 2017 Q400 livery Ok let’s start, well I like how it looks (refer to Photo) and it’s being released and November. It will be candy to some people’s eyes but that’s might just be me. I am requesting and waiting for people to slack me and tell me about how they have no time but I will still try to get this beautiful aircraft livery on IF If this is a duplicate please remove asap! [Screenshot_20170828-0…

All of them has been requested for their perspective aircraft types. Please search before posting, thanks!

Livery requests are per aircraft as linked above. Thanks!