Apparently there a glitch in the software can happen. Not a good news I guess :)

At least they found that before anything has happened :O

First the battery, now the programming. What next? They should have named it the “NightmareLiner”!
Just Joking!

Another problem with the 787 Dreamliner!? Wow, just wow.

Strange but not dangerous. I wonder how they found out about it in the first place though?

WOW! The trustworthiness of the aircraft took a real hit.

The problem didn’t come out during flight testing or anything like that but they found out during tests in lab. With embedded software it’s very common to do something called soak testing after you finished all “normal” testing. In short soak testing means that you leave the software on and keep testing everything until it breaks.

Again it’s not a huge problem but as you can read in the article a software update will only come out in Q2 next year. In the meanwhile pilots they need to make sure they restart the plane every once in a while just like you do with your laptop! :)

This can be added to the list of 787’s less dramatic and lesser known problems.

Check the section called accidents and notable incidents in the Wikipedia article below. The Boeing 787 Dreamliner is an American long-haul, mid-size widebody, twin-engine jet airliner made by Boeing Commercial Airplanes. Its variants seat 242 to 335 passengers in typical three-class seating configurations. It is the first airliner with an airframe constructed primarily of composite materials. The 787 was designed to be 20% more fuel efficient than the Boeing 767, which it was intended to replace. The 787 Dreamliner's distinguishing features include mostly electrical flight systems, ...

The engines seem to be a serious problem. ANA has decided to refurbish all the Rolls-Royce engines on its fleet. 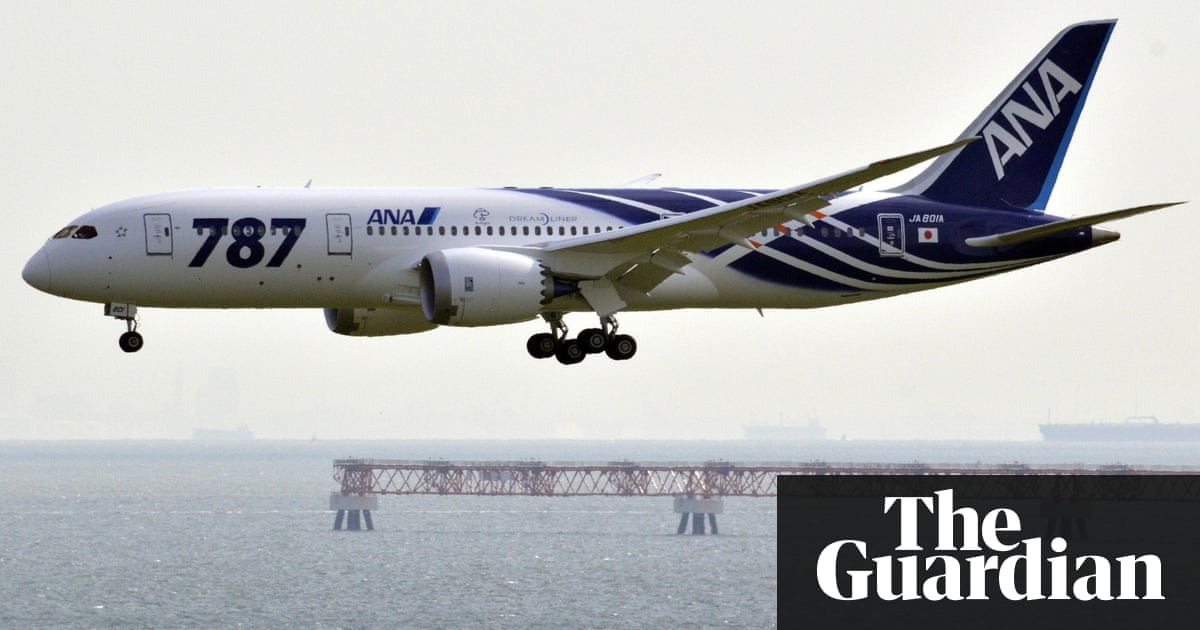 FDS should make the 787 free. There is a risk of crashing into the ground. :)

Thats a problem because of the engine manufacturer not Boeing. Rolls Royce is a contractor and thus responsible for providing and verifying their own product is trustworthy. Boeing has no liability when it comes to the engines because they contract Rolls Royce. The batteries are a problem because Boeing signed a contractor to produce the batteries they (Boeing) designed. Engine manufacturers, however, design and manufacture their own products and manufacture them based on planned dimensions of the airline. That there is the difference. Boeing should not recieve any of the fault for the failure of Rolls Royce because Boeing did not design the engines, Rolls Royce did, so all the blame there in falls on Rolls Royce.

Well Boeing outsourced most of the B787 and they pretty much just assembled it so is Mitsubishi really to blame then?, after all they co designed it and built many parts

It all comes down to who designed it if Mitsubishi co designed it some of the blame falls on them. The contracts with engine manufactures are far different because they dont develop an engine that they legally cant sell for another aircraft. Thats where the design is more liberal. For the batteries they were built solely for the 787. If they were to be sold for other airlines the problem would be on the contractor not Boeing because the contractor is not solely making that product for one specific product.

Also Boeing outsourced most of the manufacturing not the designing. The engines are different because the contractor fully designs and manufactures the engines. Boeing only tells them the statistic the engine needs to meet.

I do agree with @USA007, when it comes to engines is a completely different story.

An other good example is what happened with the Qantas 32 which was one of the first A380s delivered.
They experienced an engine failure in flight which lately was discovered to be caused ultimately buy an improper manufacturing process at Rolls Royce. Also in this case there is nothing that Airbus could have done as they have no control whatsoever on RR manufacturing process.

I know it is but his previous explanation was not a good enough point, his other one however was 😂

Yep if you do some research you find that Mitsubishi were a big part of the aircraft yet many don’t know and according to many sources the main design was done in cooperation with Mitsubishi.

Can’t they just update the software?

Once again, I don’t understand the excitement around this, planes are regularly powered down and powered back up. The FAA is just telling everyone to keep a closer eye and make sure that a freak accident does not happen.

It’s not an iPhone or Tesla, the software is not built for updates. It would be expensive to plug something in, purge every bit of the software and reinstall it. It’s like backend code for airline inventory systems, you’re better off dealing with minor, scheduled hiccups rather than fixing the cause.

Qatat were refusing deliveries of the A320 NEO for a glitch which was not any bad then this is yet they continue to accept deliveries of these. but sill I say considering Airbus said the fix was nearly ready and they were the launch customer.