I have toyed with this in my mind for about an hour, I can’t quite grasp how they didn’t notice, follow Standard Procedures or how there weren’t any cockpit alarms?

Anyway have a look and give me your thoughts! 😂 Very glad no major incident happened due to, what is being publicised as, pure unadulterated negligence. 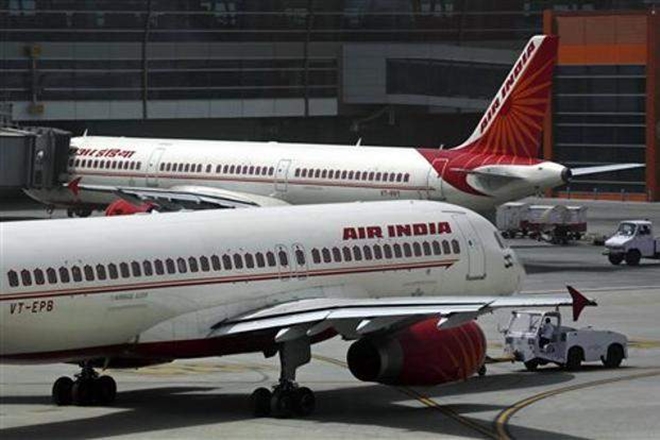 Air India Flight 676, bound from Kolkata to Mumbai, was forced to land at Nagpur on Saturday, July 22 due to its fuel running low.

That’s insane. I can’t quite grasp what was going on when they forgot the Landing Gear! I mean, it’s not just a light, or maybe worst case scenario they forget flaps, but the landing gear?! Oh man. 😅

Umm, ok - they forgot the landing gear 🤦‍♂️ Just How? The whole flight? But aren’t there restrictions where you can’t pull the gear up over a certain speed?

Wow, never imagine a pilot’s inexperience could reach to this level… Most interesting story I’ve heard so far. 🙄

A similar situation happened to my friends’ dad who has a ga plane. He forgot to retract the landing gear and he thought the speed indicator was broken so he made an emergency landing. Just before landing, he realised the gear weren’t retracted. The atc diverted all the other planes to another airport just because of him 😂😂

How do you forget landing gear exactly? The stupidity of some baffles me.

Well… I believe I’ve just lost a few IQ points from reading this. HOW CAN YOU BE THAT STUPID??? 🤦‍♂️🤦‍♂️

Sometimes things like this happen. Maybe the pilots were not fully on there game that day. Mistakes happen, we are all human.

Most interesting story I have ever heard 😂😂😂

LOL, I think I lost a minute trying to recover. Just reading that made my Brain crash like the 1st Generation iPad on Live and TS1, with highest rendering for everything. :-) ;-)

yall might say that hes human and whatever blah blah blah

A similar situation happened to my friends’ dad who has a ga plane. He forgot to retract the landing gear and he thought the speed indicator was broken so he made an emergency landing. Just before landing, he realised the gear weren’t retracted. The atc diverted all the other planes to another airport just because of him

He shouldn’t have declared an emergency for a broken ASI. It’s part of the training, you have to fly using your feelings and using your power references.
Same for the ATC, why would he divert everyone because of a broken ASI? It just doesn’t sound right.

Can somebody tell me what’s wrong with this pic

There’s nothing wrong. Air India have some A320s with 2 sets of wheels.

I’ve never heard of a pilot forgetting to put the gear up after takeoff…Either they were distracted by something else or they genuinely just forgot, because we all forget to do things at some point.

Better than forgetting to put it down for landing!

Maybe he thought he was flying in Casual

What? You got to be joking. There’s no way this actually happened.

Welp, I don’t who went wrong where but that is ridiculous. Most after-takeoff checklists tell you to make sure the gear goes up, but that is already common sense if your a pilot. Wow😳