Hi All, good everyone,

I saw check on the internet for Google information about Air Greenland it bought new product is an Airbus A330-800neo next year in 2022 later quarter will be replace from A330-200 (OY-GRN) named Norsaq ← the age 22.9 years old Ex-Sabena (OO-SFP) the delivered last September 1998.It the commuter from Kangerlussuaq, Greenland to Copenhagen, Denmark to common. It will be the coldest the ice at Kangerlussuaq, Greenland, will be. It’s a very hard cold in the Fall and Winter, too.

Air Greenland is one member of a rather exclusive club of airlines that have ordered the A330-800. Joining…

The Airbus A330neo ("neo" for "New Engine Option") is a wide-body jet airliner developed by Airbus from the Airbus A330 (now A330ceo – "Current Engine Option"). A new version with modern engines comparable to those developed for the Boeing 787 was called for by operators of the original A330 series. It was launched on 14 July 2014 at the Farnborough Airshow, promising 14% better fuel economy per seat. It is exclusively powered by the Rolls-Royce Trent 7000 with double bypass ratio, as oppos

It’s a note listed input last down below.

Air Greenland A/S (formerly named Grønlandsfly), also known as Greenlandair, is the flag carrier airline of Greenland, owned by the Greenlandic Government. It operates a fleet of 32 aircraft, including 1 airliner used for transatlantic and charter flights, 8 fixed-wing aircraft primarily serving the domestic network, and 18 helicopters feeding passengers from the smaller communities into the domestic airport network. Flights to heliports in the remote settlements are operated on contract with the...

Air Greenland will get a new Airbus A330-800neo able join new game involve IF in the future have fun!

Got my vote! Love their red livery!

Thank you. Alright, it’s so sometimes very little size expect A330-200 and 800neo both, too eventually important here on IFC.

Got my vote! Love their red livery! 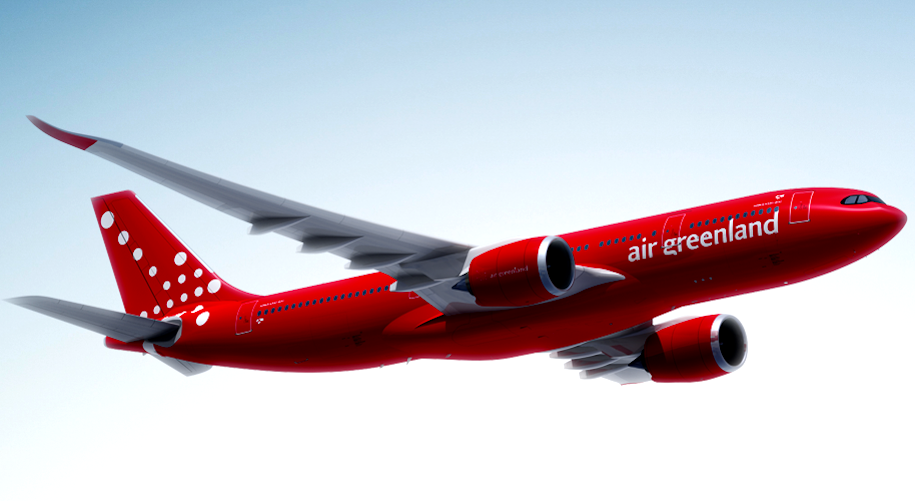 No one aircraft A330-800neo the flight commuter Kangerlussuaq, Greenland - Copenhagen, Denmark.
It’s not enough for the trip to Canada or KJFK/JFK, New York, do nothing to double aircraft the flight around.