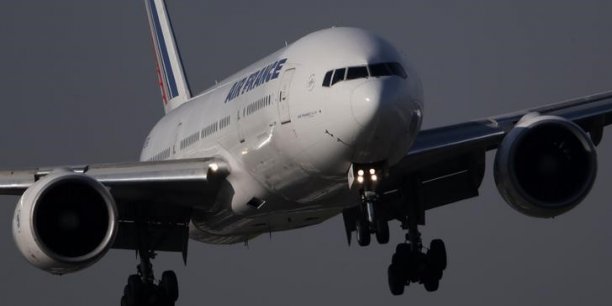 Sorry that the article is french, Can someone translates this to English? (I don’t find the English one :(. I’ll remove this if someone already translated it)
Translation :
Both companies belong to different alliances negotiate a trade agreement, the outcome and extent depend notably on Star Alliance, the alliance of Singapore Airlines. The rules of Star Alliance allowing one of its members to work with other alliance carriers are very strict. A Singaporean delegation is currently in Paris for talks with Air France.
This may be the parting gift of Alexander Juniac Air France. According to corroborating sources, Air France and Singapore Airlines are in talks to set up a commercial partnership whose contours are not yet fixed because they also depend on the reaction of the allies of the Singapore company. Meetings are planned in particular in Paris this week between officials of the two companies.

Two daily flights between Paris and Singapore
The negotiations are at minimum on a code-sharing agreement on the Paris-Singapore served with one daily flight by the two companies (A380 to Singapore Airlines in B777 for Air France), with possibility of extension on connecting flights from Singapore and Paris. The bilateral agreement between France and Singapore also provides the ability to add five weekly flights to operators in each country.

The palette is broad trade agreements in air transport as from the simple tariff agreement, a system of sharing of costs and revenues on a defined axis, all with hourly flights harmonized and the opportunity to market the flights partner via a codeshare. Are also added benefits customers in terms of sharing of airport lounges and agree on loyalty programs.

Today, both companies are already linked through tariff agreements pre (post) routes on the hubs at Paris Charles de Gaulle to Singapore Airlines and Changi Air France (to some of the Southeast Asian destinations). Called “SPA” (Special prorate agreement), this type of agreement allows companies to have access to certain fare classes of partner company on short and medium-haul flights to the hubs of the combined carrier to then feed their long-haul aircraft. For example, Singapore Airlines has “SPA” on Air France between several French cities and Roissy. At Roissy, passengers then take Singapore Airlines for travel to Asia.

Surprising negotiations
Negotiations to push further the partnership are surprising insofar as Singapore Airlines is a member of Star Alliance (Lufthansa, United …), a rival alliance that of Air France and KLM are members of SkyTeam. They are particularly the Asian company signed last fall into a broad partnership with Lufthansa

“Yes, but the German company can not make him a powerful partnership for Paris. But the leadership of Singapore Airlines is very attached to its Asian customers,” said a source at Air France.
Such an agreement would also allow both companies to address the Gulf airlines like Emirates, Etihad Airways and Qatar Airways who cut their cruppers on routes linking Europe to Southeast Asia.

The strict rules of Star Alliance
But the result or not an agreement (and magnitude) depends not only Air France and Singapore Airlines, but also Star Alliance including Lufthansa is one of the pillars. Because unlike Skyteam or Oneworld (third alliance of this type in the world, with the main members British Airways and American Airlines), Star Alliance is strongly opposed to what its members cooperate with other alliances companies. If the earlier agreements at the entrance of one of its members in the alliance can be stored (in the case between Austrian and Air France), they go wrong they are signed after the entry of a company in Star Alliance.

"We have cases where our members work with outside companies or even, sometimes, with other member airlines alliances, but this should remain limited to specific roads or areas that can not be served by other members Star Alliance, the alliance says. such agreements must never offer the same customer benefits as those provided by Star Alliance. for example, customers can not earn miles on companies that are not in our alliance " , she adds.
Singapore Airlines have requested a derogation to work with Air France. The two sides hope to reach an agreement by the summer.

Develop partnerships in Asia is at the heart of Air France-KLM focus for years and its CEO resigned, Alexandre de Juniac. This has always been a great admirer of the Singaporean company he considers the best company in the world in terms of service quality.

A signature before departure Juniac?
On 7 April, shortly after the announcement of his departure from Air France-KLM to lead the International Air Transport Association (Iata), Alexandre de Juniac said to Reuters that the group hoped to conclude before summer a partnership with a Asian company, without disclosing neither the nationality of the company or the type of cooperation. “I’d like to do that,” he said, adding that the prospect of his next start might be an argument with a potential partner negotiating for months and so familiar. Alexandre Juniac and his counterpart at Singapore Airlines, Goh Choon Phong, get along very well indeed. They discreetly meet annually during the general assemblies of the Iata.

(Sorry if the translation isn’t correct, I used Google Translate)

(post withdrawn by author, will be automatically deleted in 24 hours unless flagged)

@grxninesix could you give us a proper French translation?

How sad… But is this because of the recent Asean thing with Flight Freedoms?

This alliance thing gets me… in the head… Someone get paracetamol 😂😂😂 But as I’ve discussed with @SingaporeAirlines, I now know why this is happening…

One of our French Team, are going to translate it, See you soon !!

Thanks for your help! @Flying-Switzerland

Singapore Airlines (SQ, Singapore Changi) is in early talks with Air France (AF, Paris CDG) over a possible joint-strategic partnership France's La Tribune has reported. Executives from the Singaporean carrier are in Paris this week to negotiate...