Agreement includes 45 firm orders plus options to purchase an additional 30 aircraft MONTREAL, Feb. 17, 2016 /CNW Telbec/ - Air Canada today announced that it has entered into a Letter of Intent...

I thought this might be worth posting since Airliners.net is having a meltdown about this and the order is so large and significant. CS300 is a decent plane-Terrific economics and the best aircraft in its class. Could use some plastic surgery though. Will look nice in AC colors though.

“On 29 October 2015, Bombardier took a $3.2 billion writedown on the CSeries.[99] On the same day, **the Quebec government invested $1 billion in the company to save the struggling programme.[**100] The incoming federal Canadian government also indicated that it would reply to Bombardier’s request for $350 million in assistance after the new Liberal government takes power in early November.[99]” Source: wikipedia

IMO, after the Avro Arrow, Canada is trying to keep their industry afloat. I thought Bombardier´s aircraft were being sold fast.

Oh i realized it was based in Canada, silly me thought it was U.S. Nice gesture on the Canadian govt

great order AC, does anybody know if porter is still getting them

The airline was likely given big incentive to purchase a basketful

All three of Bombardier’s commerical aircraft product lines are suffering.

I’m forward to stepping on a CS300 in the future then.

if porter is still getting them

The order is dependent on the approval of the YTZ runway extension.

I read the a.net thread, it’s quite interesting to see the viewpoints of several different people. The most significant thing is that AC will be getting a huge lawsuit dismissed for ordering these aircraft and keeping maintenance in Quebec. I think the C-Series will be a great addition to the fleet, funny thing is that they will be more comfrtable than the 737MAX.

Then I guess not. 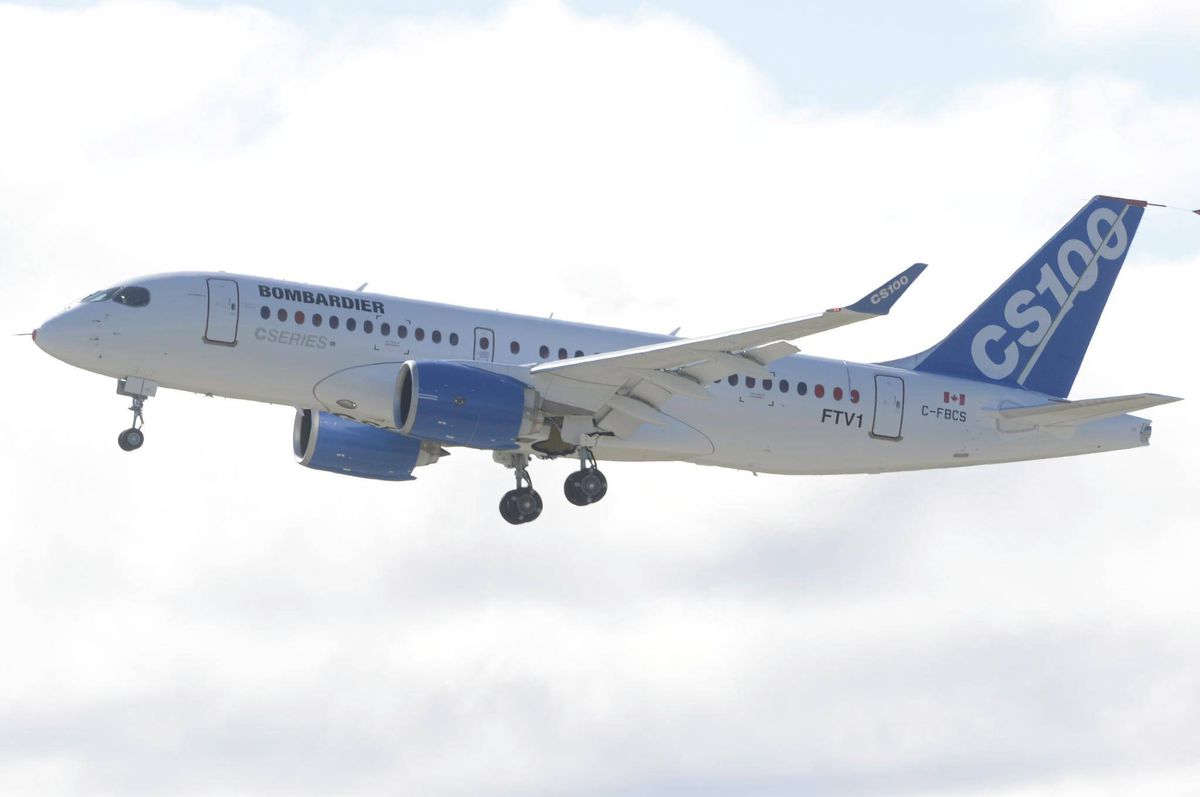 Porter Airlines is prepared to buy as many as 30 C Series planes, pending extension of runway at Toronto airport

Moving to YYZ will make Porter lose their biggest selling point. It would be pointless.

Doubtful that they’ll take em. Unless of course they choose to create a new hub somewhere else and I don’t see that happening…