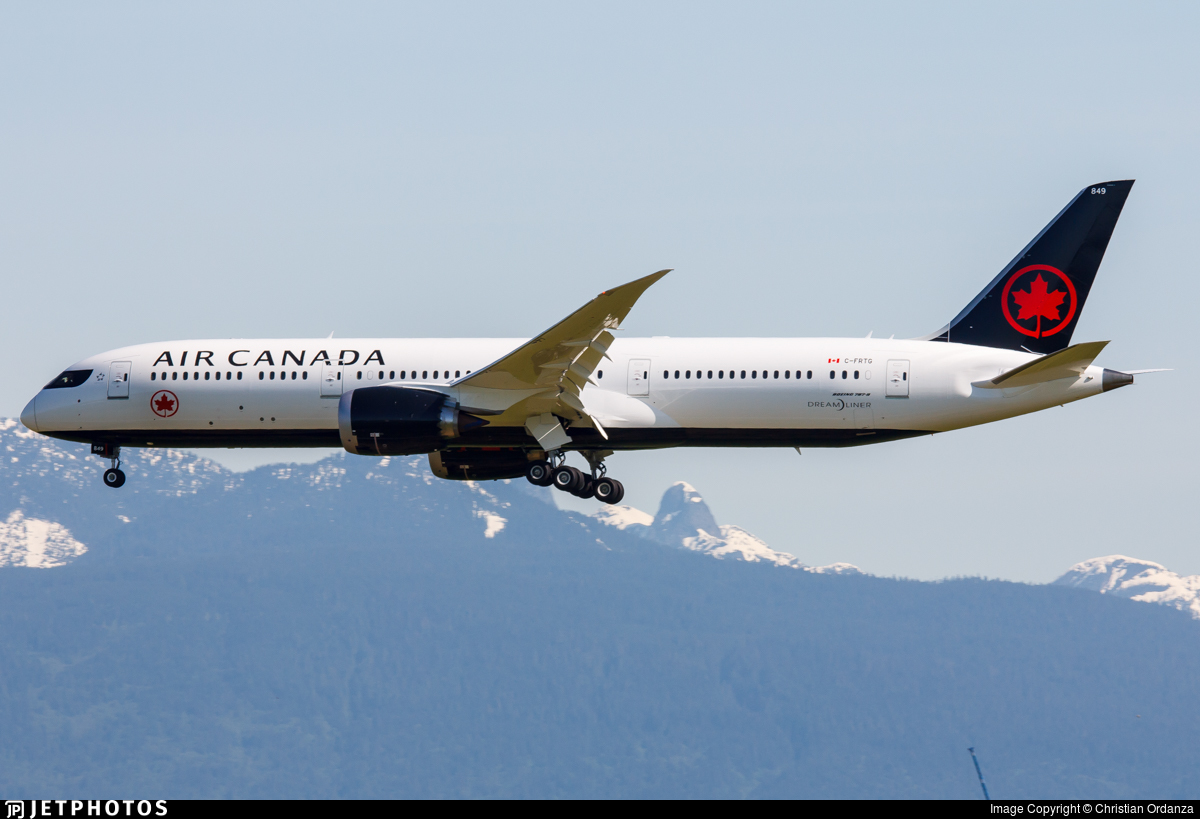 #About Air Canada
Air Canada (TSX: AC) is the flag carrier and largest airline of Canada. The airline, founded in 1937, provides scheduled and charter air transport for passengers and cargo to 182 destinations worldwide. It is the world’s eighth-largest passenger airline by fleet size, and is a founding member of the Star Alliance. Air Canada’s corporate headquarters are located in Montréal, Quebec, while its largest hub is at Toronto Pearson International Airport. Air Canada had passenger revenues of CA$13.8 billion in 2015. The airline’s regional service is Air Canada Express.

Canada’s national airline originated from the Canadian federal government’s 1936 creation of Trans-Canada Airlines (TCA), which began operating their first transcontinental flight routes in 1938. In 1965, TCA was renamed Air Canada following government approval. After the deregulation of the Canadian airline market in the 1980s, the airline was privatized in 1988. On 4 January 2000, Air Canada acquired their largest rival, Canadian Airlines. In 2003, the airline filed for bankruptcy protection and in the following year emerged and reorganized under the holding company ACE Aviation Holdings Inc. In 2007, 34 million people flew with Air Canada as the airline celebrated their 70th anniversary.

Air Canada has a fleet of Airbus A330, Boeing 767, Boeing 777, and Boeing 787 wide-body jetliners on long-haul routes and uses the Airbus A320 family aircraft, including the A319, A320, and A321 variations, and Embraer E190 family aircraft on short-haul routes. The carrier’s operating divisions include Air Canada Cargo, Air Canada Express and Air Canada Rouge. Their subsidiary, Air Canada Vacations, provides vacation packages to over 90 destinations. Together with their regional partners, the airline operates on average more than 1,530 scheduled flights daily.

#New Livery
Air Canada unveiled for its customers and employees, a bold new livery inspired by Canada for its entire fleet, elegant new uniforms for its employees, and a taste of some of the new onboard menu offerings that its customers can look forward to.

“Air Canada’s new livery signals a pivotal inflection point in our 80-year history,” said Benjamin Smith,” President, Passenger Airlines at the event in Toronto, where the airline’s largest hub is located. “On the occasion of Canada’s 150th anniversary year, with our new livery, new uniforms for our employees, the award-winning international cabin standard introduced with the launch of our Boeing 787 aircraft, and enhanced onboard offerings, the future Air Canada represents the strength of our nation and the future-looking spirit of our airline. On behalf of our 30,000 employees world-wide, it is a privilege to fly Canada’s flag, and we are proud to showcase some of the best of this nation’s talent as we continue to expand Air Canada’s horizons to fly to more than 200 destinations on six continents.”

Their new livery looks a lot nicer than their old blue livery. I didn’t like the black stripe along the cockpit windows at first, but it’s growing on me.

That is exactly what I thought about it! :)

Love the new livery on Air Canada! I definitely hope we get it! Especially the belly paint! :3

As a fair warning though, you should cite where you’re copying from. Even though its from Wikipedia, its still plagiarism. Just be cautious, a lot of people in schools get in trouble for that, which often carry serious consequences. Citing is always a good habit to maintain :)

The livery looks stunningly beautiful in the 787, has to be in IF!

I keep getting used to it by the time, I really like now :)

Nice written request George! I actually like the new livery, it looks more modern, almost futuristic. I would vote if I had more votes :/

Yeah nice request but that black thing behind the cookpit looks so weird destroys the livery according to my opinion.

If you can see the black sunglasses on the livery overlapped with Airbus’ sunglasses makes it look cool. ;)

I have edited it. Thanks for the reminder ❤

I’ll take a note of it for future references

Seriouslu I just see a 2D shape covering the cocpit windows. You sure the pilots can see through 🤣

This livery is growing on me, although I’m going to miss the old turquoise livery.

The plane looks mean. Those cockpit windows beat that of the A350 but not closer to P4-MES

I would love this livery! It’s coming to my home airport today.

Excited for this! Would ve cool!

Btw The registration was in the past for a helicopter

She is really beautiful ❤

That was AMAZING I loved it! :)

It looks better than the old livery, but it is still disgusting. Unfortunately.

Used to think like that at first. But the livery starts growing on me now ❤