https://www.bloomberg.com/news/articles/2017-09-25/insolvent-air-berlin-upbeat-on-jobs-as-long-haul-flights-to-end
Air Berlin filed for insolvency in August of this year after their major stakeholder, Etihad, withdrawed support for the airline, and are cutting down on jobs, aircraft and destinations. They have just recently announced that all long-haul flights will come to an end by the 15th of October (next month) as they make an effort to cut down on routes, also due to the repossession of A330s owned by AerCap. All other Air Berlin flights will continue due to a loan from the German Government. The board of Air Berlin is in talks with Lufthansa, Eurowings and EasyJet over their purchase of major parts of the airline. Gradually, 80% of Air Berlin’s workforce are expected to get new jobs as administrators try to reach a deal with these three airlines. Negotiations are set to continue until October 12.

So how’d they go bankrupt in the first place?

Ethiad, their main shareholder, stopped investing money in them as they’ve struggled to turn a profit

Jeez, so they were pretty much relying on Etihad? 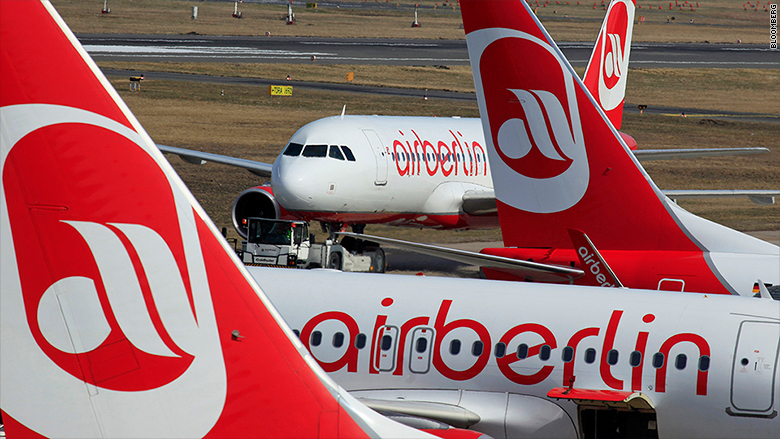 German airline Air Berlin has gone bust. But the carrier will continue operating flights after the German government gave the company a bridge loan of €150 million.

As per Captain Eds article i hope the workers can all transition over to Luthansa’s payroll, shame ive always enjoyed Air Berlin 😕

after their major stakeholder, Etihad, withdrawed support for the airline

Pretty sad. Air Berlin has not made any profit since 2012.

Such a shame, it’s so sad to see a good airline go so fast. I hope Lufthansa and EasyJet will be able to make good use of what’s left of the airline and bring it back to its feet.

Sad to see this happening, but the airline business is brutal. I expect Easyjet in particular could make a good go of picking up the mantle.
And those A330s will be snapped up by other carriers in no time.

This is sooo sad…

The date for Air Berlin’s cease of all operations has finally been announced as the 28th of October. As you may know, long-haul services will cease on the 15th of October. However, despite this news, subsidiaries Niki and LG Walter will continue to operate. Lufthansa and easyJet are both in talks with the airline to negotiate deals for certain branches of the company. These talks will run until Thursday this week. Read more here: rather annoyingly, the thumbnail has chosen to be an easyJet …