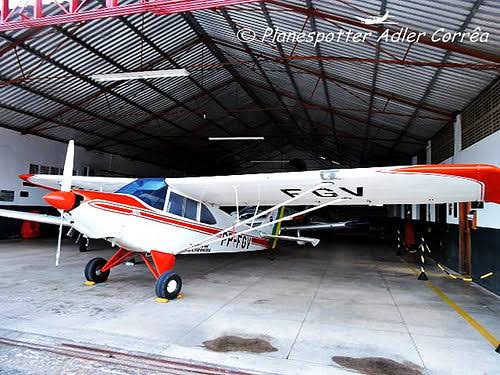 Aero Boero was an Argentine aeronautical company that produced a line of monomotor aircraft used in the training of pilots in Brazil, among other utilities.

Length Aircraft: 7.27 m (depending on the version). 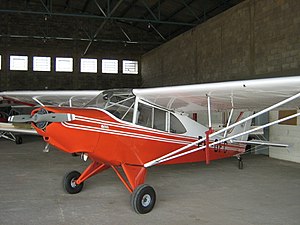 Pages for logged out editors learn more The Aero Boero AB-115 is an Argentine civil utility aircraft. It was developed from the AB-95-115, a refined AB-95 with a more powerful engine and improved aerodynamics. Specific differences included wheel spats, a redesigned engine cowling molded of fiberglass, and aluminum ailerons and flaps. The type was successfully exported to Brazil, and used extensively as trainers by aero clubs. Production of the AB-115 ended in January 1973. The followi...

The Argentinean aircraft have operated in Brazil since the end of the 1980s. All aircraft belong to the Federal Government, representing 66% of the Union’s fleet of aircraft assigned to operate the country’s flight schools.

We got on the flight endlessly,
few GA, It would be interesting to have an airplane like this with “crazy beetle” as we call it here in Brazil. Besides the Super Decathlon that also needs a good reworking.

We Brazilians are very fond of this airplane, for many pilots, both career and simple hobby, this was their first love. Some have prejudice and others truly love it.

I hope you can appreciate and evaluate the proposal to put our Aeroboero with affection.

The nose of the aircraft kind of reminds me of the Super Declathon. I think this would be great to add for GA!