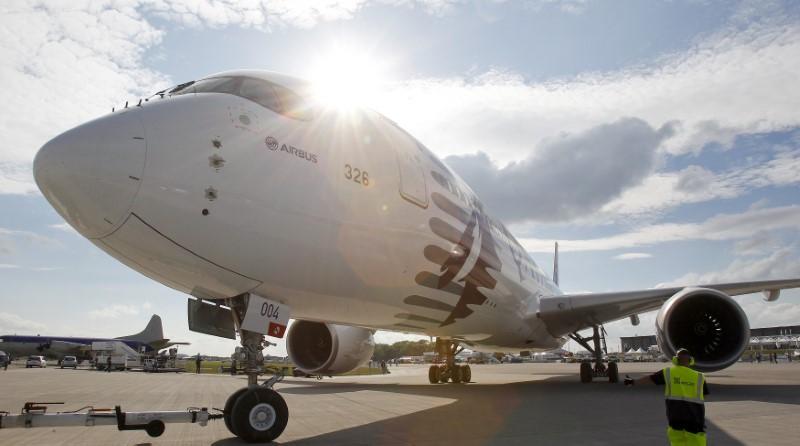 Regulator, Airbus issue software fix for A350 on explosion risk

European aviation safety authorities have issued an emergency directive for operators of the Airbus A350-900 long-haul aircraft to upload a software fix to prevent potential overheating of the hydraulic system and a risk of explosion.

Let’s hope that everything will go well…

Well that’s one heck of a bug

Finally, I fell in love with an Airbus (Despite being a serious Boeing fan) and it happens to have a risk of exploding…

Well I hope they get working on that, thankfully none of that had happened…

And folks, that is why we call it a scarebus. On a serious note though, I hope airbus finds this problem and fixes it.

Agree. I still think that A350s (in a very very confidential statement as a Boeing fan) are better looking than 78s.

I hope nothing happens.

Thank god they found the bug quickly and before anything happened.

Oh no… They could’ve been bad, so happy they picked it up before anything happened!

I never liked the A350 but I had little hope in it, but the risk of explosion??? It makes the A350 sound like the DH-Comet.

This sounds too similar to the 787 LOL. This time it’s a computer bug. On the 787 it was batteries.

Imagine if it did blow up and they had to say in the final report it was a software issue cause the airline had not downloaded the newest version of Airbus OS. This is what this world has come to, I can see hackers taking advantage of this and blowing up an Airbus one day.

Eyy that’s Airbus for ya! "If it ain’t Boeing I ain’t going

How does an Airbus “explode”? Is it an error code or is it fuel related?

The article explains it really well. In a nut shell the hydraulic system over heats that eventually can be hot enough and transfer enough heat to ignite the fuel fumes in the wing fuel tanks.

Yeah I read the article, it’s dangerous, but I’m glad they sent a software fix

So true, Airbus had been relying so much into computers and softwares.