Hello, I know that there isn’t a Take off and Landing Profile thing but is there a way to reduce your speed that is used specifically for the a350 at descent? I am thinking of using the a330 profile for speed/flaps.

I will link some topics below, I hope those can help you.

[image] Hello Infinite Flight users! It’s been a while since my last topic was closed, so I have decided to redo the tutorial which includes additional information for all aircraft in Infinite Flight. The release of this topic was delayed because of school and life in general. Yet, seeing version 20.1 update coming quite soon, I have managed to try my best and finish this topic so that every new user will find the most simple information for all aircraft. Check out the list below! Please…

Below is a Takeoff & Landing table for the A350 under certain aircraft load. Use these numbers in the meantime until an official Takeoff & Landing tutorial comes out for the A350. The flaps remain consistent for takeoff and landings as you’ll see below. On the enroute climb, cruise, and descent, I would suggest looking in the cockpit for the speeds at which you can lower flaps. This is placarded in the virtual cockpit. Also important to take note of the note at the bottom for aircraft loads abo…

This helps for the take off speeds and landing stuff but not the decent phase. Thanks for the links anyways…

SimBrief says the following: .84 —> 300kts This is from a flightplan I quickly created with fpltoif.com. The speed for every waypoint, including the TOD and the points after is given next to each of them. 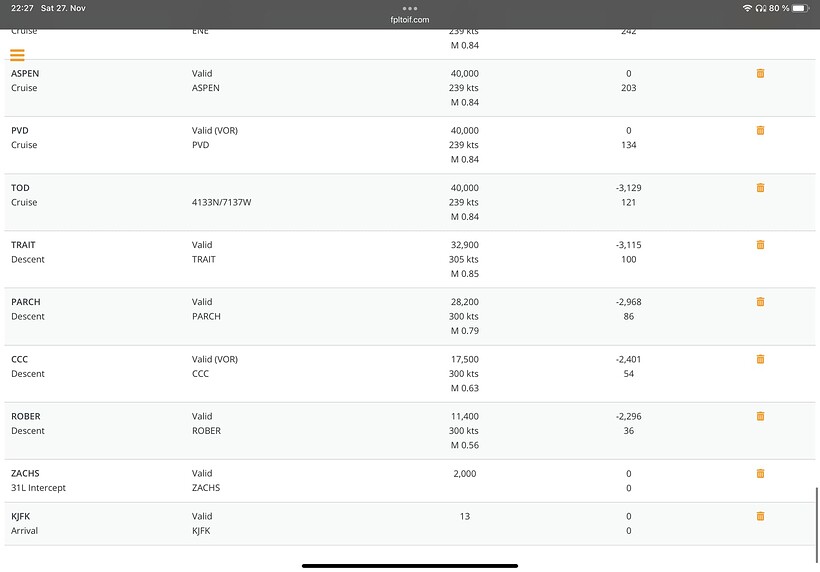 No problem! Hope it helps in the future! This should also be available for other aircraft types in case you need it in the future!