So, I recently had the Pleasure of controlling Tower and Ground at KNUC. Most of you will know how “fun” that can be, but I figured it’d be good practice…Wrong! For starters, there were about 3 people requesting takeoff at the parking! Nowhere near the hold short line. I simply told them to be patient and request takeoff when first in line. Some planes wanted to remain in the pattern, which is no problem. I cleared them for takeoff, make left traffic Runway 06. Then came the really fun part. A couple of hard headed individuals wanted to come straight in to Runway 24. I told them to make left traffic for Runway 06. Would you believe me if they didn’t follow instructions?!? They simply continued imbound on 24. I told them the usual shlam, Check help pages, follow instructions, make left traffic. And again and again they ignored me. I even denied entry, but that didn’t seem to deter them. The landed, stopped in the middle of the Runway and left. While this was going on I had some people on the downwind for 06. I told them the proper sequencing, I had a 737 following a Dash 8, so I cleared him #3 and the Dash #4, meaning for the 737 to pass him. I then had a couple of inbound flights from the north, no problem, told them to enter left base, in front of the 737 and the dash. on Final the Dash cut off all of them, I tried to deal with him, sequence the other flights, clear them to land and manage ground. So, a lot of headaches from these people. 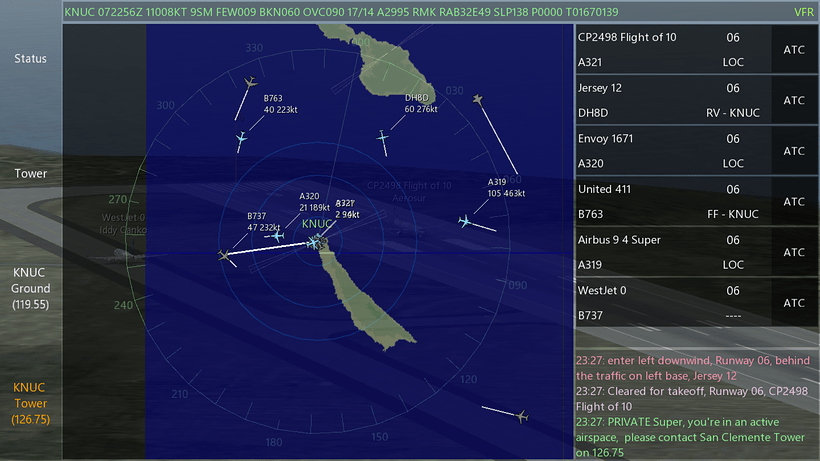 Where does approach fit into this? Well, take a look… 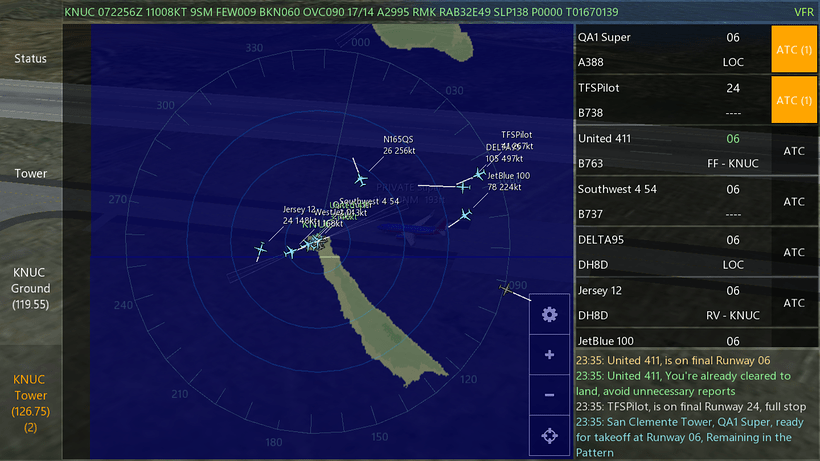 image1920×1080 1.16 MB
You have 3 inbound planes on Runway 24, a Runway that is not in use due to the wind, they aren’t spaced out properly, and on top of all that, they don’t listen to any instructions. I’ve dealt with nimrods before, but not so many of them at once.

I want all of you Grade 1 and 2 to think before controlling. If you want to start controlling and learning, I have no problem with that. As long as you pick a smaller airport. Don’t go to a place like KLAX or KNUC for your first time and start messing around there. Also, this goes for everyone, please be mindful of the Runways in use at an airport. Don’t assume a certain runway is in use and send everyone to that end. It makes it that much harder for Tower to manage everything.

To everyone that does try, don’t take this personally. Like I said, a rant. Don’t crucify me. Criticism is welcomed, I just hope more people would listen. Ugh!

No need to sequence the 737 I front of the dash. The dash shouldn’t have been going at 100 knots on left downwind. On playground, you have to keep things as simple as possible or the noobs can’t handle it

It’s annoying now with the dash 8 users on pg

You offend me. Though I made some search before getting into Live. I’m still expecting to be vectored for landing, and the ATC not banishing after being vectored.

Look at me, I can be at 95 knots on final and have a line of people doing 360s for spacing… a pain for all controllers

I used to start using flaps at 10000ft and being at final speed 10nm from runway on Solo.
Thank god I was corrected.

The game became absolutely useless now that people with zero XP are allowed on playground. Literally nobody is following any instructions. You report them, they just start doing circles at 100ft AGL and crashing into random aircraft. Without the ability to ghost on playground, it’s just the same as Free Flight.

And it’s really hard to catch the time when there’s at least two ATCs online on Advanced.

I couldn’t agree more, @Jan had a great point in suggesting the minimum grade necessary to enter PG being changed to Grade 2.

Without the ability to ghost on playground,

I thought the server on PG is capable of ghosting!am I not right!?

You can report players and with 3 reports, it’s the same as a ghosting

Yeah though even without being reported I "think it’s still able to ghost you after warnings,acrobatic manuevers at a busy/large airport depending on class…just to be specific

I think those are just violations

For delay on runway, you will be kicked out automatically even on untowered airport without ATC.

But for being a jerk, landing wrong runways without clearance, runway incursions, cutting in line etc., you won’t be ghosted. ATC reports, but it is very very rare that there are two other people who will report that same person too.

We have been beaten to death about topics like these. Im sorry for your fustration, but there is nothing we can do. The only solution now is the report button

While this may be so, we’ve had an influx of new members that have not. Maybe they can learn from our frustration and do better, that’s the hope anyway