The aircraft with registration VP-BRQ, Line Number 2191 flew for Yamal from 2007 until 2014.
After 2 years in storage, the aircraft ended up with AircraftMocX in Hoofddorp, just south of Amsterdam Airport Schiphol. There, the aircraft was used as ‘cabin trainer’ for future air cabin crews.

In 2022, the Aviation Competence Centre, part of Vista College, bought the aircraft to use it for maintenance practices and also as cabin trainer. Over 150 students will work on this aircraft from the inside and outside performing skin repairs and other work.

After the Boeing 707, a former Sabena and NATO aircraft, the 737-528 is our biggest addition so far.

Down below, you find a video made by the Dutch news site Nu.nl
It was quite a fight to get the aircraft inside but in the end all went right! 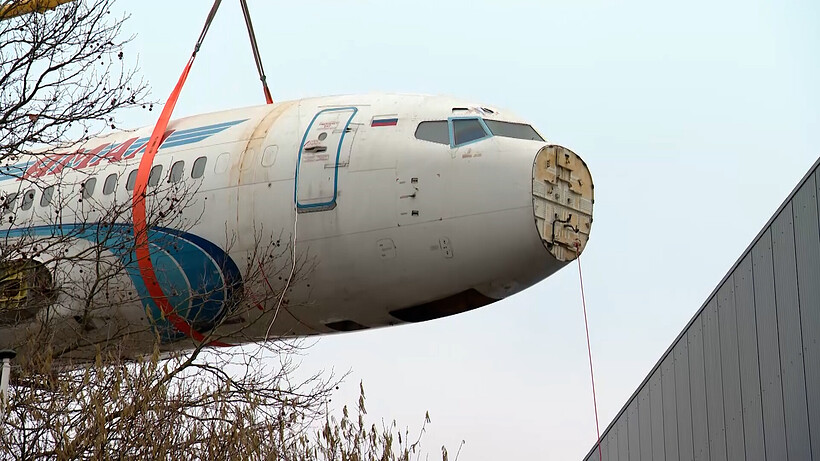