A guide to understanding the Canarsie Approach

Hello! Do you know this visual approach at John F. Kennedy International Airport? This Guide will provide some good information about it, from the history behind it, to how to perform it.

The history of the Canarsie Approach

In the New York area, there are three major airports, each one very close to the other. They are: John F. Kennedy (KJKF), La Guardia (KLGA) and Newark Liberty (KEWR).

If you thought about an ILS approach to runway 13L, it would not be possible, since you have LGA in the space, creating an insufficient separation. In this context, the Canarsie Visual was created in the 1970s.

This approach requires pilots to come in from the south west, overflying the Canarsie VOR and turning to either 13L or R on short final. 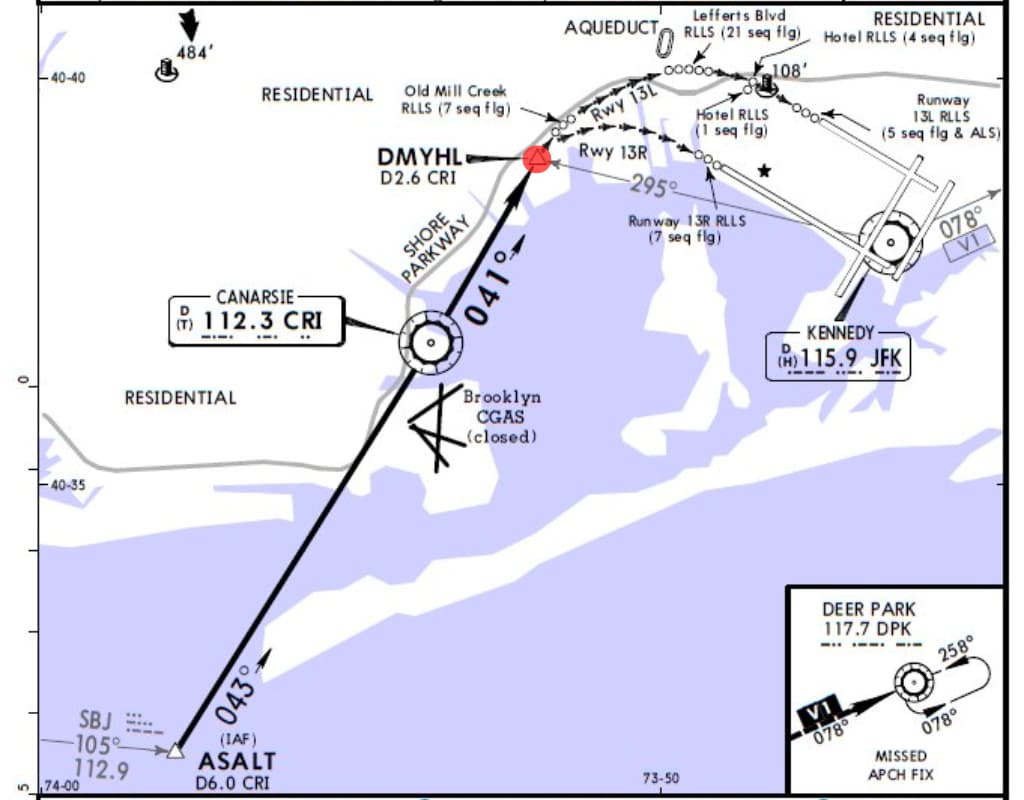 [As the chart suggests] When cleared for Parkway Visual to Runway 13L/R maintain at or above 2000’ until abeam Rockaway Point. Remain west of Rockaway Point, thence east of Kingsborough Community College. Remain east of the Shore Parkway. Cross Brooklyn Coast Guard Air Station at or above 1500’. Remain east of the Shore Parkway until Canarsie Pier.

Once you reach the red point, you have two ways:

i) 13R - You have already commenced the descent, so you just have to align to the runway and continue descending until you land.

Last, but not least… have fun (with security)!

Thank you for reading it! Safe flights!

It’s actually called the parkway visual :)
Great guide though, it’s one of my favorite visual approaches!

Like these sort of posts! It is mostly about long hauls, liveries, etc., not so much about challenging airports/approaches, procedures and skills of flying.
Thank you for this information, I’ll give it a try soon.
Michiel

Lovely topic, and thanks for the advice!

Yes! Finally, somebody is willing to speak up and cover this thrilling approach! Great guide, always worth it to read!

Typically, you will perform the trademark visual after following the RNAV (GPS) Z approach for either runway.

Very nice! I’ve done too, but as a passanger. It is very nice! Thanks for reading it!

Wow! Thanks for this in-depth tutorial. I actually live close to JFK, and I see this approach done very often. Now I know how it is done. Thanks!!

My pleasure! Thanks for reading it!