A guide to Townsville Airport

Townsville is located in the Australian State of Queensland (QLD) , which is North of New South Wales (NSW). Queensland is known as the “Sunshine State,” because it gets over 300 days of sunshine per year and Townsville just has about them same number of sunny days! 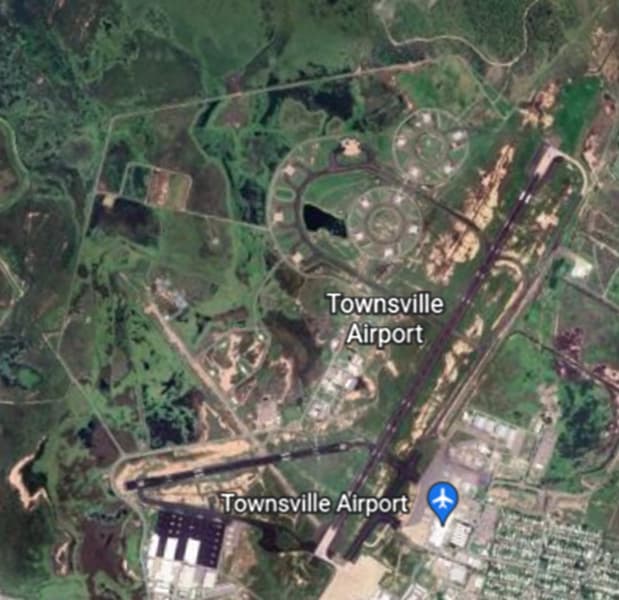 Above: An aerial image of the terminal at Townsville INTL Airport. 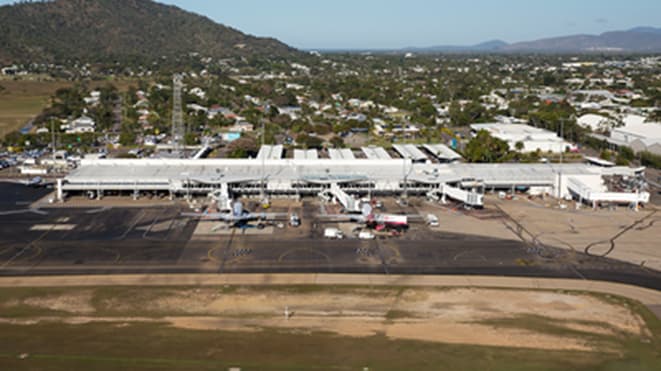 Townsville Airport is a regional/military airport that caters for both military and civilian operations. Every two years Townsville airport plays a significant role in Operation Talisman Sabre which is a Biannual military exercise conducted by US military personnel and Australian Armed personnel. More information about Talisman Sabre linked below. There are a variety of Airlines that fly to Townsville INTL Airport such as Jetstar, Qantas/Qantaslink, Virgin Australia, Airnorth and Alliance. 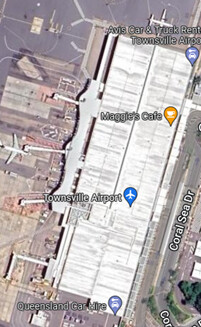 At YBTL there is a Domestic and International terminal that is used. The International Terminal isnt being used at the moment due to the one and only International flight that was Jetstar YBTL-WADD route that was operated by a Jetstar a320/a321

At Townsville INTL since it’s a smaller regional military/commercial airport, there is only 4 gates that occupy the top area of the terminal. On the bottom floor ground level) there is other gates for Qantaslink, which is a major carrier for Townsville Airport. There is also a smaller building that is owned and operated by Hinterland Aviation which is a small General Aviation company based out of Northern Queensland that does Charter flight and tours.

GA terminals: Townsville INTL Airport also has a General Aviation area where a few flight schools operate/store their aircraft. The GA area Is located near the very far east side of the terminal or near the Alliance Airlines maintenance hangar at Townsville INTL Airport. The GA area is mostly filled with small training aircraft such as Cessna 172’s , Piper cherokee’s, and also a few Cessna 208 Grand Caravans owned by Hinterland Aviation which operate their multiple daily Townsvile (YBTL) to Palm Island (YPAM) return services daily. 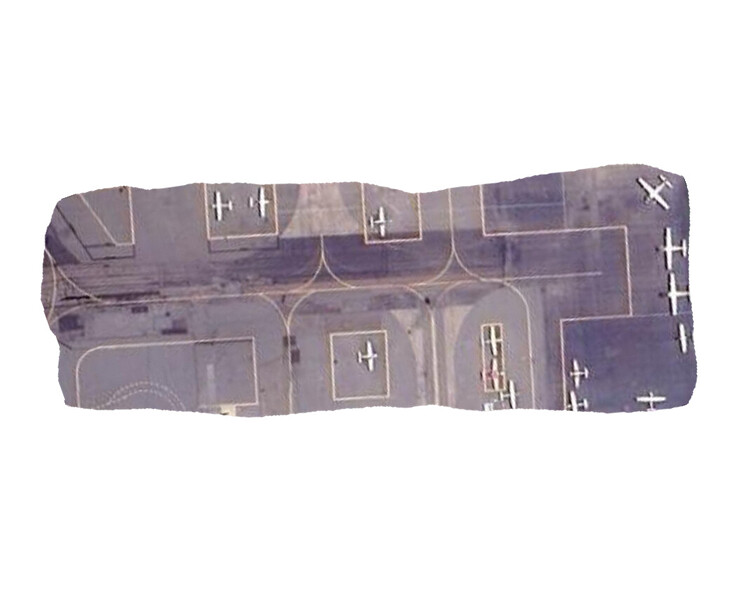 Routes from Airlines out of Townsville.

There are many arrivals and departures that go from/to Townsville INTL Airport. They are listed below:

Source: Infinite Flight SID and STAR once spawned in at YBTL 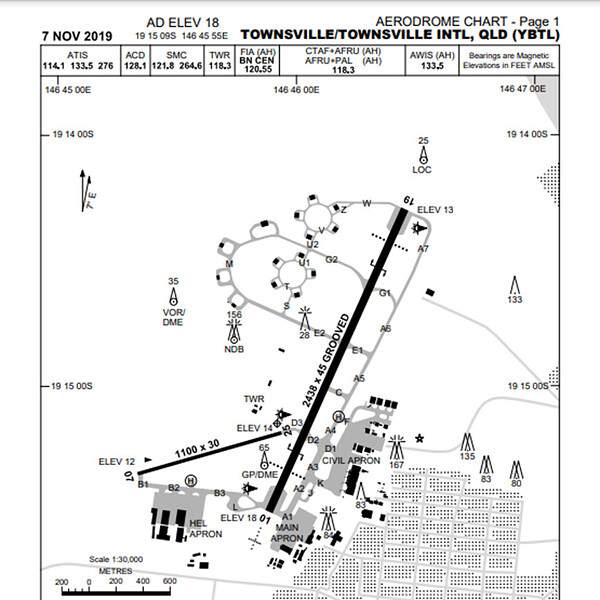 Runway 01 and 19 are using for commercial operations, and RWY 07 and 25 are used for charter/small commercial/ General aviation
(refer to YBTL aero chart)

Well that’s the end of this airport guide, feel free to DM me if you are feeling some things are missing 😊

This isn’t a add to the list, but didn’t Airnorth have flights to YBCG?

Ohhh i forgot! Will add it!

Amd thats what else i forgot…will edit it!

Nice. I love Townsville and Magnetic Island really miss it there !

Haha yeah its a wonderful place in the world.

Ooft Talisman Sabre ain’t that a fun exercise, brings back some good memories that’s for sure

It will be great when YBTL is 3D, hopefully we’ll get some more aussie regional liveries to fly out of places like townsville

And hopefully with the E190 in the future, we will get Alliance and/or Qantaslink liveries!