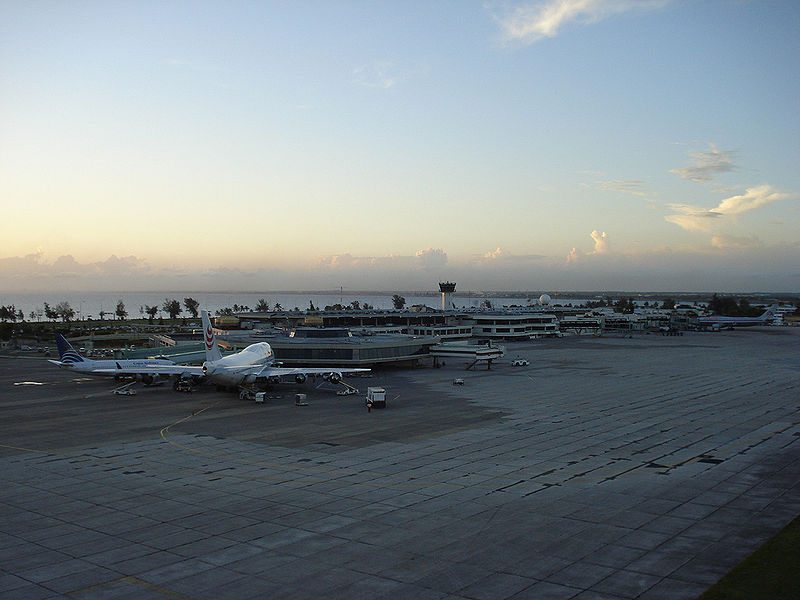 Las Américas International Airport (Spanish: Aeropuerto Internacional Las Américas , or AILA ) (IATA: SDQ , ICAO: MDSD ) is an international airport located in Punta Caucedo, near Santo Domingo and Boca Chica in the Dominican Republic. The airport is run by Aeropuertos Dominicanos Siglo XXI (AERODOM), a private corporation based in the Dominican Republic under a 25-year concession to build, operate, and transfer (BOT) six of the country's airports. Las Américas usually receives a wide variety of long-, mid- and short-haul aircraft. The airport is the second-busiest in the country, after Punta Cana International Airport, and one of the largest in the Caribbean, handling 3.5 million passengers in 2015 through its air terminal. And is also the busiest cargo hub in the Caribbean and Central America with 355,000,000 lbs of cargo transported in 2019

The terminals, Destinations, and Airlines

Las Américas has five gates on the main satellite concourse (A), A2 through A6. Other gate facilities are for the flights departing from parking in the taxiway. back in the 1960s and 70s the airport used to be much smaller, The original building was half the size of today’s newest structure but with a still modern look.

Terminal B (North):
Concourse B has four gates (B1 through B4) and a remote stand (P8). Terminal B now features a co-branded Copa Club operated jointly by United Airlines and Copa Airlines, and a Private Lounge exclusive to members and business people R1 to R10 (Just for GA)

Cargo OPS
This airport can handle any type of plane, here we got the AN225 in 2010 with humanity kits due to the Haiti Earthquake, and last year we got the A380 directly from China with supplies due to the Covid-19

Las Américas Airport’s runway direction is north-south (designated 17–35). This runway is the largest in the country, and one of the largest in the Caribbean. With a length of 3,355 m,(11,000ft) it is able to support a Boeing 747. The runway of SDQ was last renovated in June 2008.

The departures procedures are pretty simple in Las Americas Int´l, under this part you´ll see the detailed information about turns, etc.

Arrivals procedures into SDQ are pretty simples and easy.

While arriving runway 17. DME/DME is not authorized.

-Your final speed might change depending on your Weight and Plane

Hope you all like it, this is my first time doing this

Excellent publication, is very informative. You should do the same for Punta Cana International.

Very nice! I’ve flown into SDQ before IRL and I have this bookmarked for when I fly in/out in IF.

Thank you for your tutorial!!!

@SWA1997, Thanks :D
@Gilberto_Felix, Thank you and maybe I should do it!
@RTG113, Thank You. I hope you enjoyed SDQ and the city too!!
@Fung_Sum-sum, Thanks to YOU, for appreciate this tutorial!