A Conversation About Overbooking

I think we should have an honest conversation about overbooking. Why? Because a) there isn’t a topic like this in the IFC and b) Because it is important to talk about this. I have seen many people against it, many people for it. It’s time for a proper thread to talk about this.
I am a strong believer that in order to have a productive debate we must set our definitions and concepts. So, lets go.

Overbooking is the practice of selling more products than supply to fill it. In other words, selling more goods than supply. Selling more tickets than seats in the plane, in the particular case of the aviation industry. Or as the Financial Times puts it:

“Overbooking is common practice for the majority of airlines and is perfectly legal. As part of their business, airlines sell too many tickets with the assumption that there will be a certain percentage of “no shows” — either because people miss their flight, their previous flight is delayed or they have a change of travel plans.”

Yes, it is legal. In most countries it is legal. Some countries have more regulations than others, but the point is that is legal and has been done for decades.
And yes, you can be involuntarily denied boarding. You must be compensated though. More on that later.

Why Do Airlines Do It?

As the FT quote shows above, it is part of their business strategy. Economics. There is always a percentage of people that will not show up, or at least that’s what airlines assume. Here are two videos that are informative and crucial when talking about this:

What Happens If Everyone Shows Up?

First of all, thanks to the power of math and clever economics this is uncommon. However, if it happens there is a difference in the way airlines must deal with it. As said above, you must be offered compensation. Again, as said by the Financial Times:

"In US law, compensation for passengers can be up to $1,350. According to the Department of Transportation, airlines have the right to involuntarily deny boarding but have to provide some compensation to the customer for this.

In the EU, similar rules apply. The airline should first ask if there are passengers who are willing to give up their seats for compensation. If there are not enough volunteers, the airline is obliged to financially compensate those denied boarding against their will."

Airlines will offer compensation. This might be a hotel stay, travel voucher, cash, rebooking, or other. Airlines also make sure that the passenger gets to his/her destination in a timely fashion.

Do All Airlines Overbook?

The vast majority does. There are some that don’t, like JetBlue, but major carriers like Delta, AA, United, Southwest and other do. Refer to these articles for more:

United Fiasco: These Are the Airlines Most Likely to Bump You Off a Flight

JetBlue is the only airline in the country that never overbooks its flights -- and it still has to bump passengers sometimes.

Keep in mind that these are just news sources. Feel free to do more research if you want.

Now that we have our facts straight, time for the conversation.
This thread is to have an honest conversation about overbooking. What do you think about it? Should it be legal? Is it right? To what extent is it right? Does it impact what airlines you choose? Should it be regulated?

It would be appreciated if you support your position with arguments. I think I speak for most when I say that saying “it’s just my opinion” is not very compelling or useful. You are still free to have an opinion, but maybe think it out before. Especially when it comes to a controversial topic like this.

I do think it should be legal, and am all for it. As shown by sources above, it is unlikely you will have to abandon the flight. And if you do, you get a compensation.
It makes more money for airlines and that makes it better for all of us, ultimately. I wouldn’t base my airline of choice on this.

It should go without saying that this topic must stay on topic, productive, civilized, mature and interesting for it to remain open. Don’t post off-topic comments, and remember to be respectful with both people you agree with and with whom you don’t.

As long as they do not invoulentairly deniy boarding, I’m all for it. The issue is when they proceed to remove unwanting passengers from a flight, or don’t allow boarding for some people when nobody is voulenterring.

Fortunately for you, as mentioned by me and articles above, you must be compensated if you are involuntarily denied boarding. It’s not illegal, it is perfectly legal. What is illegal is not compensating them and leaving them all alone at the airport.

I agree, I’ve never known an airline over in NZ to overbook a flight cause they always have high numbers of bookings and they are about 99% correct. So legal in my stance

Thanks for the info. I am not a fan of overbooking but I know it helps the Airlines.

I am not a fan of overbooking

agree, I’ve never known an airline over in NZ to overbook a flight

It is very possible that they do overbook. However, it’s not in the media and it generally ends in a fair outcome for both parties.

When i saw the “Overbooking” in the title, the first thing i thought of was United Airlines lol

No one is going to want to leave a flight. Which is understandable. In my eyes, when you buy a ticket, you are buying something you can exchange for a seat, it isn’t actually garunteeing your right to that seat. However, just so Airlines can’t oversell and scam, the airlines should have to offer some sort of reimbursement for an overbooked flight. Airlines should also institute policies for passengers with priority, or time sensitive events. Maybe offer “overbooking protection” at a higher fee (at that point you legally can’t get kicked off the flight).

I still disagree with that. If you want, or need to get to the destination, the negotiable process should keep going until somebody steps up. I still don’t like how they can kick you off when you don’t want the compensation.

Well no, my dad works in Air New Zealand as a booking manager and not once has he said the airline over books. There’s a reason we were rated best airline of 2017 (I believe)

The reason is sometimes it results in confrontations on the plane.

In my eyes, when you buy a ticket, you are buying something you can exchange for a seat, it isn’t actually garunteeing your right to that seat.

Correct. When you buy a ticket, you buy a right to be transported from A to B.

I still disagree with that. If you want, or need to get to the destination, the negotiable process should keep going until somebody steps up. I still don’t like how they can kick you off when you don’t want the compensation.

Fair point, but generally you still get to your destination and may also end up with a few extra bucks in your pocket.

the airline over books. There’s a reason we were rated best airline of 2017 (I believe)

Not overbooking doesn’t make your airline better. It’s generally a PR move, as it is not at all convenient financially.
And also, maybe they do overbook but never actually have to offer compensation or remove someone from a flight. You know more than me, though.

The reason is sometimes it results in confrontations on the plane.

The time with United…

Okay, that one time. Name more. Keep in mind that airlines overbook all the time. It happens every day, every hour. It often results in both parties winning, not confrontations.

Yes I know. Let’s not argue on it but there have been a couple of other times like with Delta, American, Spirit, etc.

Again I stand to my point. It may be a hidden thing but after reading though some numbers they suggest that they haven’t overbooked

Let’s not argue on it

This is what the topic is about, though. There is a difference between fighting and arguing.

there have been a couple of other times like with Delta, American, Spirit, etc.

Still no particular example though. Still a fair point, but it is so uncommon that I don’t consider it enough to make it illegal or heavily regulate it. 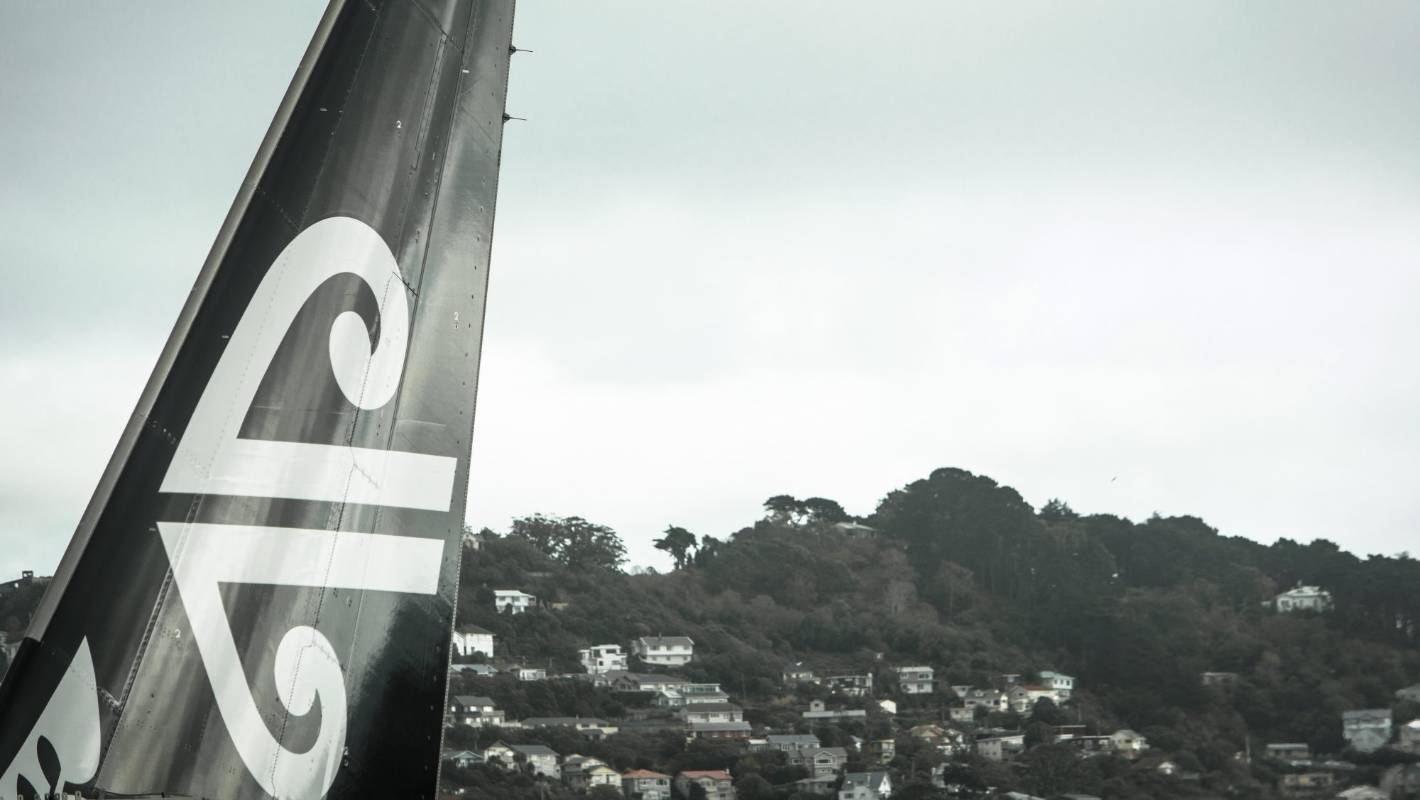 A Kiwi family had their five-night trip to Rarotonga cut short after they were bumped from an overbooked Air NZ flight. 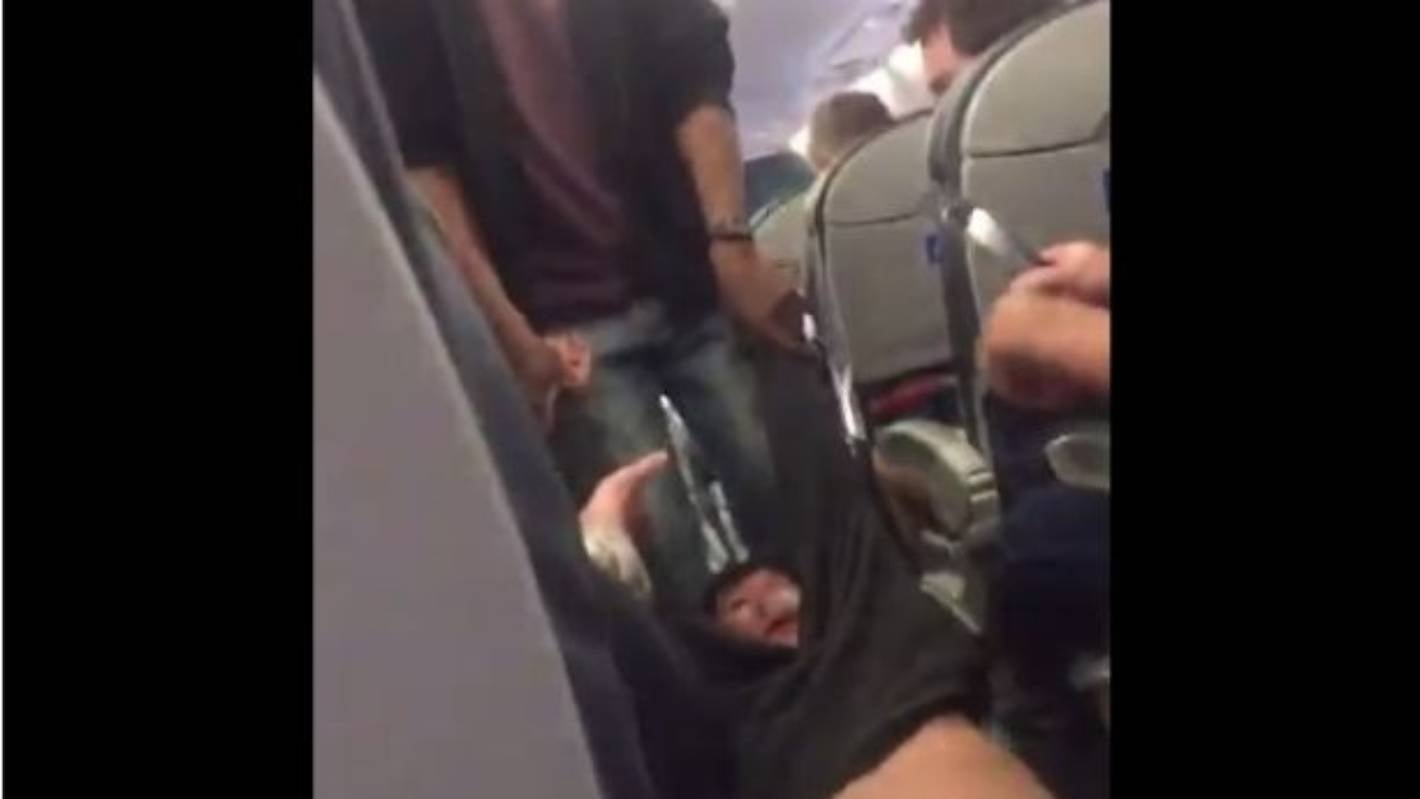 Overbooking flights: How common is it in New Zealand and what are your rights?

Video of a man being dragged off a US flight caused an uproar, but would this happen in NZ?

What airlines in New Zealand do for passengers bumped from flights

Fine, it’s less common and more “progressive” if you will, but it still does happen.

I think if they don’t deny boarding, and if they do they put you on another convenient flight, why not? It is benefiting the airline economically.

Ok, first off… Nope I’ve got something else to do.