A 757 Journey to Eagle, Colorado

First flight to Eagle in a very long time, probably before Global was launched. Decided to take the 757 for a spin again as well. It’s a rewarding airplane once you get used to the handling, always plan your takeoff performance thoroughly. This means de-rated takeoffs and appropriate flap settings.

Flight Information
Flight: UAL1906
Equipment: Boeing 757-224 (Rolls Royce RB211)
Origin: Newark, New Jersey (KEWR)
Destination: Eagle, Colorado (KEGE)
Block Fuel: 36,800lbs Initial Cruise: FL360 Final Cruise: FL380
Flap Setting: Flap 5 with 69% Throttle position
SimBrief gave me a Flap 15 takeoff with a rotation speed of 126 knots. I chose to rotate at 140 knots with Flap 5 as Flap 15 wasn’t needed. This worked perfectly, and I also reduced the thrust for departure with the N1 topping off in the 80-85% range. Anymore thrust and it would’ve been a ridiculous takeoff and it would be hard to stay ahead of the aircraft. 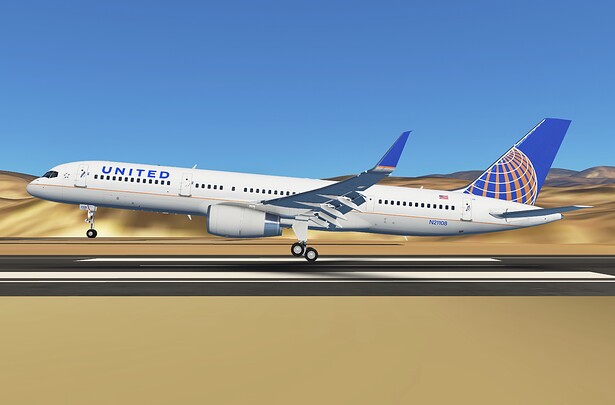