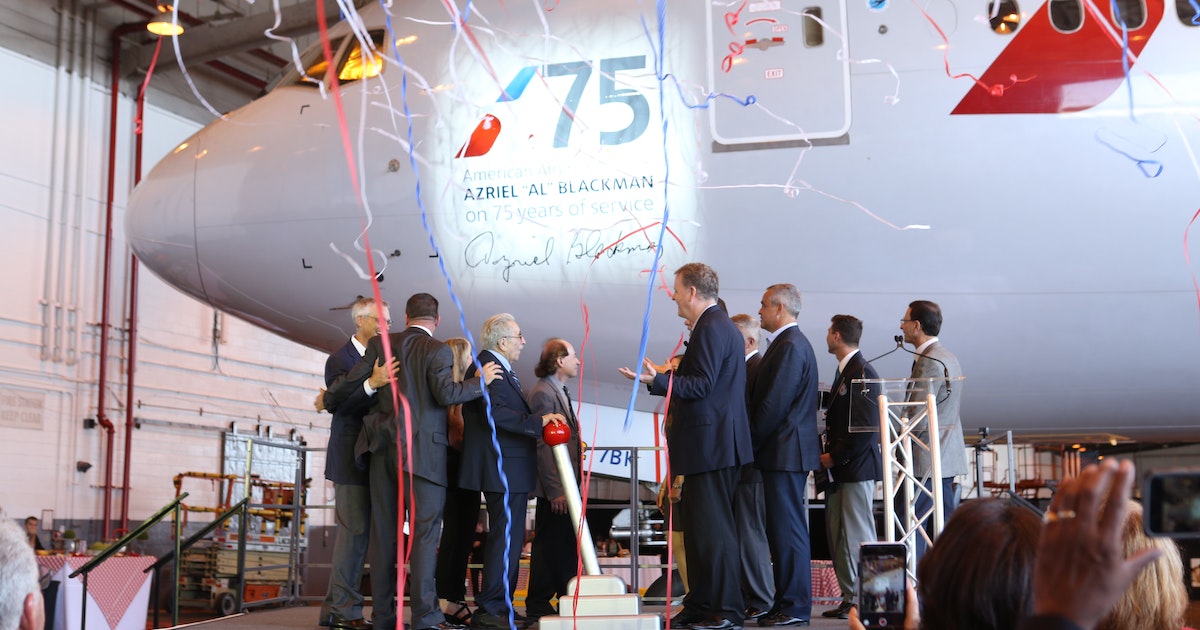 After 75 years on the job, American Airlines mechanic still showing up early to...

When Azriel “Al” Blackman got his first job at an airline, he was a 16-year-old high school graduate making $0.50 per hour as an apprentice in...

A man named Azriel Blackman was just honored by American Airlines for working on their airplanes for the past 75 years! According to the article he’s the oldest still working airplane mechanic in the world, Guinness World Record certified.
As a future A&P mechanic myself, this topic certainly hits home and is nice to know that American Airlines honored him with his own airplane dedication. He’s quoted, “When you like what you do, it’s not work” I couldn’t agree more. I just hope that when I’m 91 that I can still get out of bed by myself, let alone still show up for work everyday! Long live Azriel Blackman and kudos to American Airlines.

That is so cool!!! And that is some real dedication. Kudos to AA

Is he really 91 years old? He look like he’s 70 years old, plenty of years left in him.

Wow this guy was an aircraft mechanic for 75 years! Imagine all the aircraft he has seen evolved!

Such an inspirational story indeed. To be in one career field your entire life is seldom seen. But to do that and do it all with the same employer is simply astounding! Mr. Blackman has shown the type of steadfast resolve and dedication to an employer that is rarely ever displayed. Well done to AA for the great treatment and recognition afforded to Mr. Blackman. I hope he has many more happy years keeping their fleet flying. Thank you for sharing this great story.