75th Anniversary of the Doolittle Raid

75 years ago today, a US fleet of B-25s attacked Tokyo, Japan in what is known as the Doolittle Raid.
I recently attended the event which commemorated this raid. The event was held at Urbana Municipal Airport - Grimes Field (named after the former aircraft lighting company) in Urbana, Ohio. This event was a fly-in of about 14 B-25s, they offered rides and the whole airport was open for the public to wonder around. The B-25s flew from Urbana to Wright-Patterson Air Force Base (the former Wright Field which is now used for events like this, and is located next to the US Air Force Museum). Although I did not get to ride in one of the B-25s, I got some really cool videos and pictures.

Of the 80 crew members of the raid , only one still lives today. He was Col. Doolittle’s co-pilot and is 101 years old. 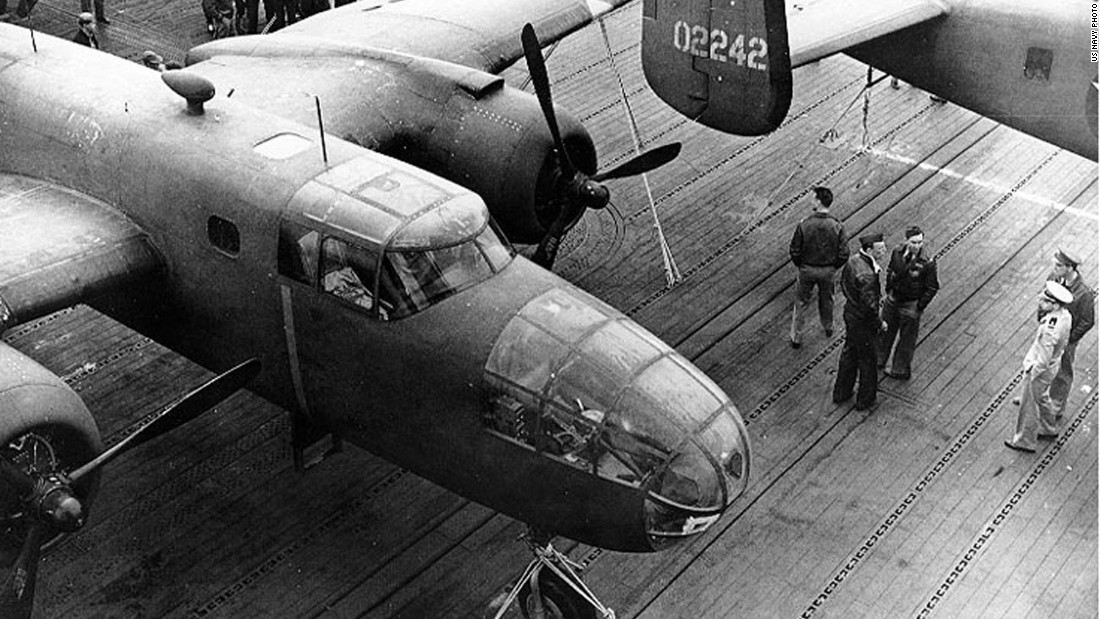 On the 75th anniversary of the famous Doolittle Raid, a surprise aerial attack on Tokyo that changed history, the last surviving Doolittle Raider remembers.

@Rodney_Buckland is correct, the B-24’s have 2 propellers on each side :).

I knew I was gonna mess that up! I’m very sorry!

Looks nice! Very proud of our country & these planes are great.

Yeah the museum there is in the process of restoring one, I think I was thinking of that…

Lol it’s my history nerd kicking in. Cool pics tho! I love the story of the Doolittle Raid

Here is a link to the videos: http://www.youtube.com/playlist?list=PLNwylAtePJyYMiG2-niQIrOPfyoKRpiks

(Salutes) Those brave men who risked getting shot down pushed on and stud triumphant!

sean doolittle must be proud…

He’s a pitcher for the Oakland A’s I believe :).

Haha same, I stick to basketball.

hes a close for the oakland athletics and is related to jimmy doolittle, the person that lead the first attack of the doolittle raid

Not on the nose, but there were some that had like 8 guns mounted to the nose. Looked ridiculous!

Wow great pictures, what an opportunity to see 14 of them in the same place!

@David_Lockwood It was one of the coolest things I have ever seen! I just wish I would have rode in one. 😞