I was heading from Dublin to Abu Dhabi (by the way one of the worst flight experiences ever and it would take a lot to get me to fly Etihad again.) the other day when a member of staff approached me and asked if I had time to spare and if I would like to try out the new 737 simulator they installed for the use of Etihad customers only I have already used the 737 simulator at sim tech in Dublin which was very enjoyable so I thought I’d give it a go. They got me to take off from Dublin and turn around and land on the same runway. It was a great way to spend 30 mins while waiting for my flight and I just wanted to know if there is anything like this anywhere else in the world or if anyone else has used the one in Dublin.

Haha, I imagine it’d be quite different under those circumstances though. Now I need an excuse to fly Etihad through Dublin!

They have a simulator that’s not a 737 (I forget the aircraft) in the Isfshan City Center (Fancy name for their mall).

Did you find it difficult? Was it for you to land?

I’ve been to the Virtual Jet Centre in Chudleigh! 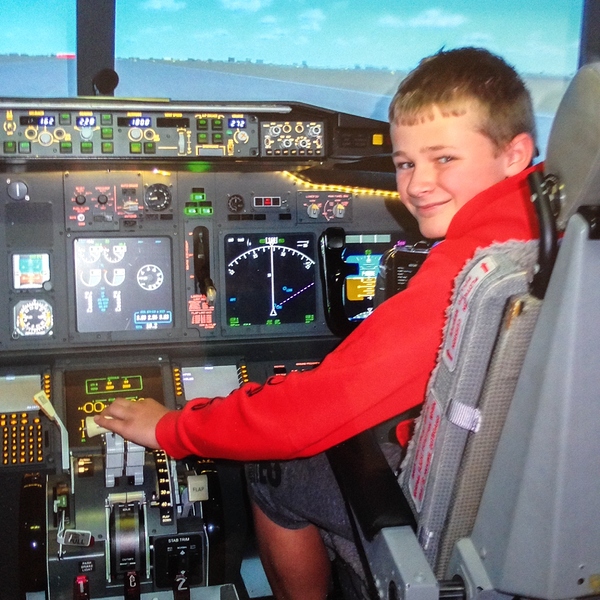 That’s for the Jas-39 Gripen right?

IDK but it was in Switzerland

Is it the one by Burger King? 😄

@Talkingribzz Is it in T1, T2 or landside?

T2 airside, but once you get past security at either T1 or T2 you can walk between the two. I have a flight leaving T1 next month so may book it and have a go.

EDIT: sorry I said T2 landside originally but I meant T2 airside - so you need to be on a flight leaving DUB to get to it.

Just amended my post, I said T2 landside originally but I meant T2 airside - so you need to be on a flight leaving DUB to get to it. I blame lack of sleep for my error!

Try and get to your flight early so you have time to get a go, great fun, would really recommend it,
If your from around Dublin I would also recommend SIMTECH, They have a 737 simulator there (not in the airport, near the DHL building if you know where that is) the prices are quite steep but it’s good fun, they say you get a 30 minute briefing and a 30 minute flight on their website but the two times I’ve been I got a lot more flying time ;)