737 MAX set to return to the skies this month

The 737 MAX, meme, airliner and death machine. She’s had a troubled history with the whole concept of “flight” after murdering 346 people in two separate crashes in less than a year apart. The airliner has issues left, right and centre however it seems Boeing is ready to get the mid-sized jet back into the skies later this month.

As you’d probably recall the 737 MAX is far from perfect, the two crashes sent the jet from revolinatiroy to extremely dangerous in a matter of months, it was the DC-10 all over again, much like the DC-10 the MAX broke records and they weren’t good ones. The DC-10 broke the record for the deadliest air disaster in the U.S back in 1979 while the MAX broke the same record in Ethiopia 40 years later. The two airliners are similar but according to some stats the MAX is deadlier, let’s compare fatalities by some notorious commercial airliners. After 4 years the DC-10 recorded just under 200 deaths while the 747-200, A320, 737-200, TU-154 all recorded none. The MAX? 346. The speaks volumes, it begs the question, will the public ever feel comfortable getting on a MAX again? Well according to Boeing, yes, in fact, it wants to start flying the troubled variant later this month.

Later this month the somewhat disgraced airline manufacturer wants to show the U.S regulators that the issues have been fixed and that the plane is safe again. Boeing started manufacturing the MAX again last month after a five-month hiatus, what’s interesting though is that Boeing wants to get the MAX flying commercially by the third quarter of this year, that’s next month, a truly ambitious task. It’s clear that Boeing wants the plane in the sky ASAP and as it continues to lose money it doesn’t surprise me that it may seem a tad rushed, there are a few problems though.

Firstly they have to satisfy the FAA that a death machine is now not a death machine which seems to have become harder after the FAA initially just somewhat trusted Boeing that the plane was safe but now doesn’t. The other problem? Not a lot of trust with the FAA. Canada, India, Australia, the European Union and the UAE have all indicated that they will do their own testing instead of just trusting the Americans. Another issue? The minor fact that the aviation industry has had it’s sharpest ever decline and airlines have a massive excess of planes just sitting around, it’s not known how long the decline will last for but what is known is that Boeing need to start selling these jets again and fast. Meanwhile Ryanair is considering ordering more of them. Would you travel on the 737 MAX? 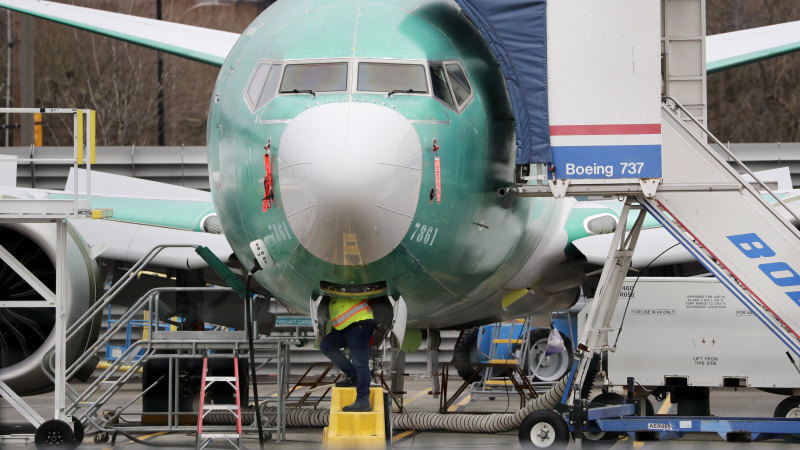 Boeing closing in on returning troubled 737 Max to the sky

Signs that Boeing is finally nearing the end of the jet's 15-month grounding and controversy that has engulfed the company after the two fatal crashes.

I hope so, but I doubt a little, maybe in July

Well! I guess it’s time to buy some Boeing stock!

@thenewpilot will be looking for some of these in a bit.

This is exciting news! I’ve missed seeing it in the sky.

Well I’m just praying that all issues have been resolved 😮

This is some good news :)

Definitely. It will be inevitable at some point in the future. To say the MAX has flown maybe over 1,000 hours, carried thousands of passengers and touched down in every continent, besides Antarctica, it is trustworthy enough for me. I’m glad to see it return to the skies and live out as a great, safe aircraft. It seems like you’re blaming the aircraft when a lot more people can be blamed (Boeing, FAA, the pilots experience with the aircraft, etc.) The MAX has performed in several airshows, the model itself is airworthy, and depending who operates it and where it is operated, you couldn’t ask for a better passenger experience.

I recommend people to watch this informative video as well.

Personal opinion, the first few paragraphs kinda seem like you’re beating down the aircraft more than it has been already.

I would fly in the plane, even after I heard about the two crashes. The crashes were partly caused of inexperienced pilots aswell.

Training was more of an issue than the aircraft itself, and both incidents occurred in areas of the world where training standards for pilots are not the highest. I’d fly on one today.

Is it just me who is genuinely in love with this aircraft?

This has made my day. Let’s hope we will see it back in the skies this year, at least (of course, it also has to be safe). I will try to fly on one as soon as they come back in service. 2 Airlines from Romania have ordered it so it can’t be that hard to fly on one 😜

I mean, it’s good for airlines, and I like the MAX… So that’s good.

I just hope it’s safe, and Boeing actually did the proper procedures this time to get it in the air, train pilots, etc.

Boeing stonks are too expensive. I do own airline stonks so

Would you travel on the 737 MAX

Without question. The love this plane and I am really hoping to see it back in the sky. Still looking at flying on Alaska’s inaugural flight for the 737 MAX 9.